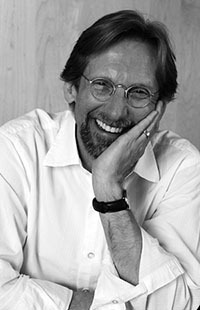 Their talk begins at 1 p.m. in Badgley Hall, Room 148 and the screening will be held in the same room at 7:30 that evening. Both events are free and open to the public.

He is a Guggenheim and N.E.A. fellowship recipient, winner of the Berlin Prize, Berlin Artist-in-Residence grant, Pushcart Prize and is a former governor-appointed Idaho Writer-in-Residence. His novel “Tonguing the Zeitgeist” was a finalist for the Philip K. Dick Award, and his work has been translated into Italian, Polish, Turkish, Finnish and Portuguese.

Lance currently teaches experimental narrative theory and practice at the University of Utah. Along with his wife, Andi, an assemblage-artist and filmmaker, he divides his time between Salt Lake City, Berlin, Germany and the mountains of central Idaho. 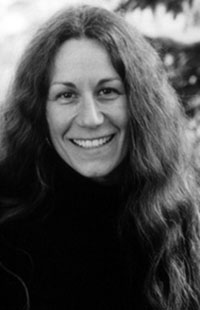 Andi’s ongoing project, “Hideous Beauty,” is a Cabinet of Wonders composed of short films, assemblages and collage texts exploring the idea of monstrosity and the generative possibilities inherent in the processes of decay.

Her films have been exhibited at the American Visionary Art Museum and screened at the Los Angeles International Short Film Festival, The Mutter Museum and at literary and artistic events in Paris, Berlin, Cologne, Szeged, Banff and elsewhere across the United States.

Her art has also been exhibited and published around the country and abroad. She has collaborated with her writer-husband on computer-generated collage texts, as well as a short film about Robert Smithson’s Spiral Jetty, Theories of Forgetting and a video tribute to Kathy Acker.

For more information about the events or EOU’s program, contact David Axelrod at 541-962-3633 or daxelrod@eou.edu.