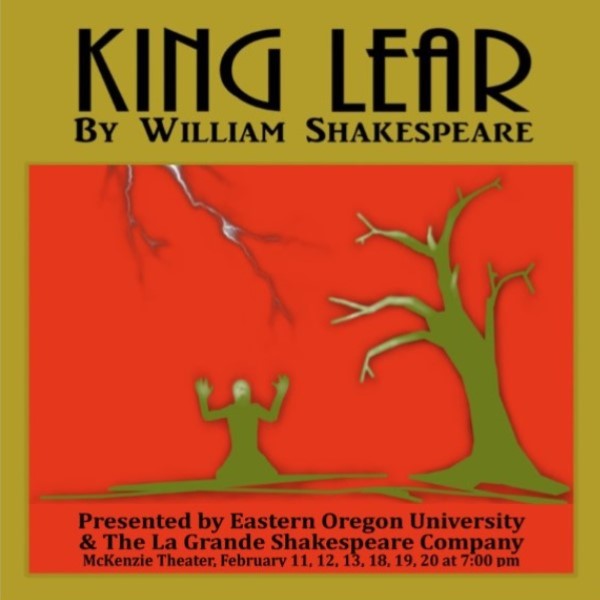 In this tragedy directed by Grant Turner, EOU theatre alumnus and founder of the La Grande Shakespeare Company, the aging King Lear decides to divide his kingdom among his three daughters, allotting each a portion in proportion to her declaration of love.

The hypocritical Goneril and Regan make grand pronouncements and are rewarded; Cordelia, the youngest daughter, who truly loves Lear, refuses to make an insincere speech and is disinherited. The two older sisters mock Lear and renege on their promise to support him.

Cast out, the king slips into madness and wanders about the countryside. Jealous of Regan, Goneril poisons her and commits suicide. Cordelia is hanged. Lear, broken, dies with her body in his arms.

Tickets are $12 for general admission, $6 for senior citizens and veterans/active military and free for EOU students. Visit the Box Office for more details or to purchase tickets online.

« Eastern Oregon Backcountry Festival | Time vs. data: when to choose? »