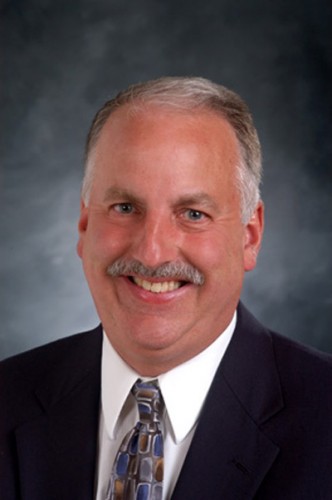 April 18, 2014
PORTLAND, Ore. – Dr. Melody Rose, chancellor of the Oregon University System, today announced the appointment of Dr. Jay Kenton as interim president of Eastern Oregon University, after the State Board of Higher Education voted unanimously to appoint him to the position.

Kenton has been the OUS vice chancellor of finance and administration for almost 10 years, and has spent more than 30 years in the Oregon higher education system, including positions at three of the OUS campuses.

Well known in Oregon and nationally for his innovation and pragmatic problem-solving approach to higher education finance, Kenton will formally begin as interim president at EOU in La Grande on June 16.

Kenton will succeed Dr. Bob Davies who has been president at Eastern for five years, and was recently named president of Murray State University in Kentucky.

Kenton has served as Vice Chancellor for Finance and Administration for the Oregon University System since 2005. He has overseen the development and administration of the state university system’s budget, including funding needs for operations and capital, and developed policy recommendations to the State Board of Higher Education. He has advocated for and helped achieve the System’s short and long term objectives, and worked closely with the Chancellor and leaders of the seven campuses to help achieve the vision and initiatives of the State Board.

Chancellor Rose said, “Dr. Kenton’s vast knowledge and experience in finance and administrative areas within OUS is well known and unmatched. He understands the academic enterprise as well as the necessity for student support systems that increase retention and degrees, and is the first to ask, ‘How will that impact students?’ Jay is the right person to lead EOU right now as it moves through a right-sizing process that is necessary to set the campus up for success in serving the region’s students, education partners, and the many counties which EOU touches. I can think of no finer person to deliver on the promise of Eastern than Dr. Jay Kenton.”

Prior to Kenton’s current position at OUS, he was vice president of Finance and Administration at University of Idaho from 2004-2005, and held the same position at Portland State University, as well as other positions in finance, from 1988 to 2004. Kenton began his higher education career in 1983 as assistant director of business affairs at EOU from 1983-1986, and held a similar position at Oregon Institute of Technology from 1986-1988. In addition to serving as a full-time administrator at OUS, Dr. Kenton holds the rank of professor of Public Administration in the Mark O. Hatfield School of Government in the College of Urban and Public Affairs at PSU, where he is a volunteer professor of public finance.

Dr. Kenton said, “I want to thank the Board and especially Chancellor Rose for having the confidence and trust in me to do this job –I will not let you down. I also want the EOU community to know that I look forward to working with them in a transparent and thoughtful manner. We have some hard work to do and I will do my best to collaborate with everyone to create a more sustainable and positive future for EOU and Eastern Oregon.”

Dr. Kenton will be joined by Dr. Rose at EOU on May 6 when they will meet with the campus community.

“I think Jay is the perfect person to serve as the interim president for Eastern,” President Davies said. “He brings solid administrative and financial expertise along with an understanding and strong commitment to the academic enterprise. Most importantly is his appreciation of Eastern and his commitment to its long term success and connection to the region and the communities we serve. He will do very well and Eastern will be well served.”