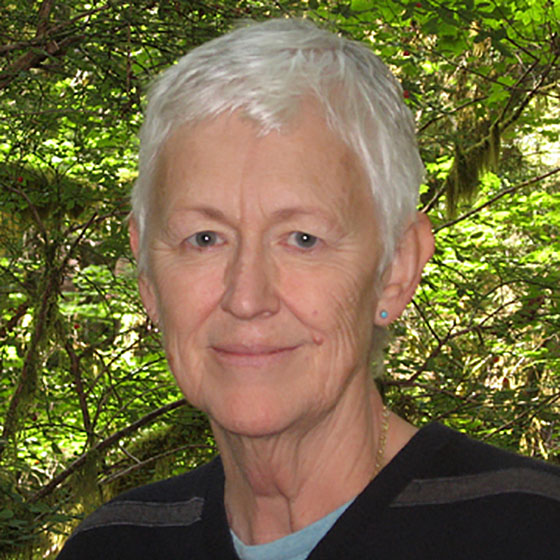 LA GRANDE, Ore. June 8, 2016 – Judith Barrington is making her Eastern Oregon University debut in June, delivering a craft lecture touching on her experiences as a poet and memoirist and reading from her recent work.

Barrington was born in Brighton, England in 1944 and moved to the United States in 1976. Although she has made her home in Portland since then, she spends time each year in Europe doing readings and workshops.

She is the author of four poetry collections, two poetry chapbooks, a prizewinning memoir and a text on writing literary memoir. Her book, “Lifesaving: A Memoir” won the Lambda Book Award and was a finalist for the PEN/Martha Albrand Award for the Art of the Memoir. Her textbook, “Writing the Memoir: From Truth to Art,” is now in its 12th printing.

In 2013 she was awarded the Gregory O’Donoghue International Poetry Prize and was a guest reader at the Cork Spring Poetry Festival in Ireland. Her other awards include the Andrés Berger Award for Creative Nonfiction, the Dulwich Festival International Poetry Contest, and with her partner Ruth Gundle, the Stewart H. Holbrook Award for outstanding contributions to Oregon’s literary life.

She is the co-founder of The Flight of the Mind Writing Workshops, which for 17 years provided two, week-long sessions on the McKenzie River in Oregon, bringing together outstanding teachers and participants from all over the U.S. She is also one of the founders of Soapstone.

In 2011 Barrington collaborated with visual artists to show her work in galleries around the United States. Other collaborations include writing the librettos for “Mother of Us All,” released on CD from Omni Records, and “Dreamers: A Winter Solstice Extravaganza,” both with music by David York.

Barrington’s lecture and reading are free and open to the public. The Carl and Sandra Ellston Ars Poetica Literary Reading Series and EOU’s low-residency master of fine arts in creative writing program are sponsoring the activities.

For more information about the events or EOU’s program, contact David Axelrod at 541-962-3633 or daxelrod@eou.edu.