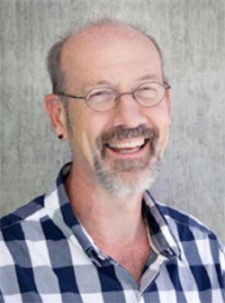 Davis will speak at 7:30 p.m. Nov. 1 in Huber Auditorium in Badgley Hall. The event is free and open to the public with donations accepted at the door. A book signing with follow.

“Preliminary Report,” published by the prestigious Copper Canyon Press of Port Townsend, is characterized by Davis’ subversive humor, verbal theatrics, “and moments of strange, luminous beauty.” His poems are both clear and unsentimental. He is as likely to meditate on as mediate contemporary existence and the unreliability of language, emotions and the memory.

Davis is the author of five previous collections of poetry including the award-winning “Scrimmage of Appetite” published by the University of Akron in 1995.

Critic Brian Johnson writes, “Davis’ fierce questioning gives ‘Scrimmage of Appetite’ an intellectual and moral urgency that is lacking in much recent American poetry. His poetic stance is closer to that of witness-poets such as Zbigniew Herbert and Czeslaw Milosz, whose work merges the lyric impulse into a disciplined examination of European history…Davis also bears a resemblance to Rilke…Although Davis is not a religious poet, he shares Rilke’s quest for union [and] seeks an awareness that only multiple points of view can provide.”

Davis is also the author of the screenplay for the short film “The Burden Carriers,” which was screened at ImagineNATIVE Film Festival in Toronto and at the Santa Fe Film Festival, and for “The Hand Drum,” a National Geographic All Roads Festival selection.

Davis earned his master of fine arts from the University of Montana, has received a Lannan Literary Award and currently teaches at the Institute of American Indian Arts in Santa Fe, New Mexico. He is sometimes known to appear as his literary alter-ego, the street poet, Chuck Calabreze, whose hilarious performances can be viewed on YouTube.

« A passion for filmmaking | EOU a top value in business »