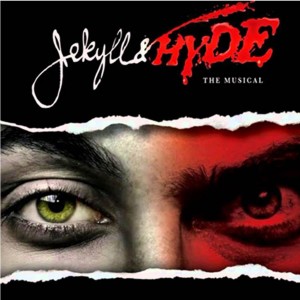 LA GRANDE, Ore. – Eastern Oregon University theatre students examine the darker side of human nature in the production of “Jekyll & Hyde: The Musical” opening this month.

“This show will be a great addition to your Halloween celebrations,” said production director Kenn Wheeler. “It’s dark, intense and beautiful. I first saw this show in Michigan while I was in grad school. I loved the Victorian feel of the story. I also love the way it explores the relationship between good and evil.”

The musical production centers on Henry Jekyll, a doctor whose passion is to understand the two sides of human nature—both good and evil. He claims to have discovered a way to separate the two, but after having his requests for a test subject denied, Jekyll decides to make himself the subject of his own experiment. The result is a whirlwind of deceit, passion, murder and the creation of Mr. Edward Hyde.

But “Jekyll & Hyde” is more than just a good horror show—it also involves a hazardous love triangle between Jekyll, his fiancé Emma Carew, and a woman named Lucy Harris that he meets during a night on the town. The two women are put in a dangerous position whenever Mr. Hyde shows his face.

“This rehearsal process has been different because we had to start four weeks before classes began,” Wheeler explained. “We weren’t able to put the entire show together until school started, but it is coming along well now. Our lead actors are all strong performers and we have a strong chorus.”

Tickets are $10 general admission and $8 for EOU students, seniors and members of the military. Call 541-962-3757 or visit www.ticketpeak.com/eou to make reservations. Shows are expected to sell out quickly.