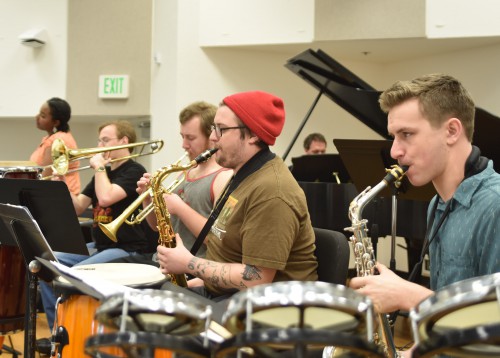 A variety of community and campus groups perform throughout the week leading up to Friday’s jazz concert. The slate of concerts begins with Community Symphonic Band on Monday evening in McKenzie Theatre, followed by Grande Ronde Symphony on March 14 and the EOU Chamber Choir and Grande Ronde Community Choir Thursday night.

Each concert begins at 7:30 p.m. in Loso Hall. Tickets for the Grande Ronde Symphony can be purchased at the door and all other performances accept donations.

Learn more about upcoming performances by following the EOU music department on Facebook at facebook.com/eoumusic or at eou.edu/music.