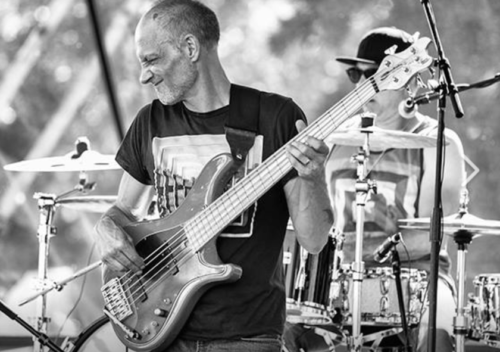 Guest bassist Willy Barber will be leading EOU’s 45th Parallel in a tribute to Jaco Pastorius, “one of the most influential musicians of the 20th century,” Music Instructor Greg Johnson said.

45th Parallel, accompanied by the Elgin High School Calypso Band, will play a set of standard hits. In the line-up, they’ll perform solo and full-band versions of compositions written or popularized by Pastorius in the jazz and fusion bands he played with during the 1970s and 1980s, before his death.

He attended the University of North Texas and studied with Ray Brown, Glen Moore, and Jaco himself. He’s been honored with 10 Muddy Awards from the Cascade Blues Association in Portland.

Tunes by Weather Report, the Word of Mouth Big Band, and Joni Mitchell’s Shadows and Light band will be performed.

Rounding out the concert will be performances by the EOU Fiddle Ensemble, the African Drumming Ensemble and the Creative Ensemble. The Elgin High School Calypso Band will also be performing with 45th Parallel.

Admission is free, but donations will be accepted.