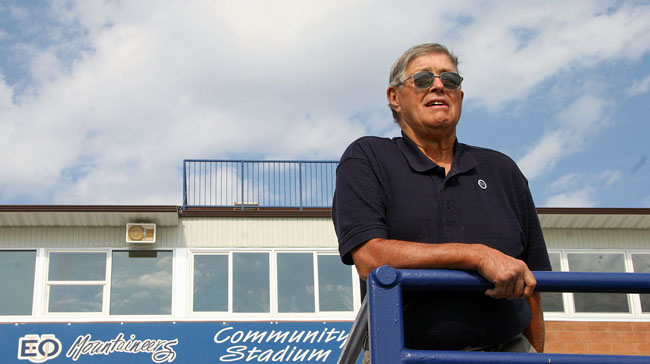 Lee Insko trained hundreds of student-athletes during his 14 years as an Eastern coach and continued to serve the university in leadership roles, including dean of continuing education and regional programs. 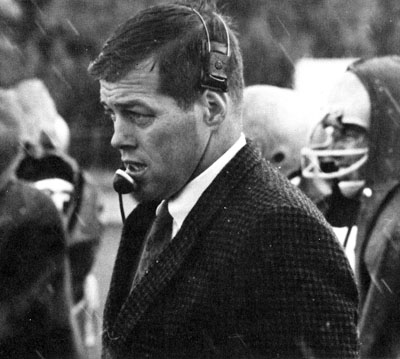 Athletic alumni from 1968-82 are invited to attend “An Evening with Lee Insko” at 6 p.m. Saturday, Oct. 5 in the Gilbert Center at EOU.

The reunion follows the Mountaineer football game vs. the University of Montana-Western at Community Stadium. It also coincides with a milestone in EOU’s athletic history. This year is the 40th anniversary of when an Eastern team led by Insko tied for the district football championship.

“We had a very good team at the time and it was a big thing for us,” Insko recalled.

The reunion is an opportunity for Insko to connect with many of these former student-athletes and their families.

“The blessing for me was getting to coach all those students,” he said. “Whether they excelled at the sport or not, each one was just as important as the other and went on to make a difference in their communities.”

Insko was inducted into the Mountaineer Athletic Hall of Fame in 1994, a year after he retired as dean of continuing education and regional programs.

“It was wonderful to be able to do something you love all of your life,” he said.

Prior to coming to EOU, he coached football, track and volleyball at Springfield High School.

Tickets to the EOU Foundation sponsored event are $25 per person and include a buffet dinner. Register online at www.eou.edu/alumni/insko or call University Advancement at 541-962-3740.