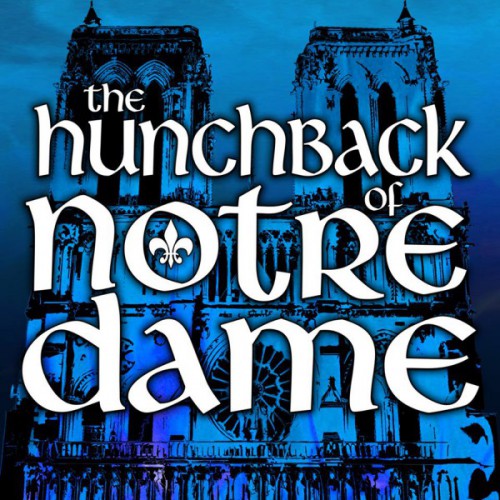 May 10, 2019 LA GRANDE, Ore. – It’s commonplace for members of the Eastern Oregon University Chamber Choir to participate in the EOU theatre department’s major musicals. This year, “The Hunchback of Notre Dame,” which opens on Thursday, May 16, will include 13 members of that elite choir. The EOU Community Choir will also participate as usual. But this year’s show also features six members of the recently crowned state champion La Grande High School Choir, plus its conductor Kevin Durfee.

Theatre professor and director Kenn Wheeler said “The Hunchback of Notre Dame,” is unique in contemporary musical theatre because it has both an on-stage acting chorus and a non-acting singing chorus. These performers enhance the choral sound of the production.

Based on both the 1996 animated Disney movie and the original novel by Victor Hugo, the story concerns the hunchback Quasimodo, who ventures out into public on the day of the Feast of Fools. When he is attacked because of his ugliness, a beautiful Gypsy named Esmeralda rescues him. Her kindness sparks feelings of love in Quasimodo. At the same time, both the Archdeacon Dom Claude Frollo and the captain of the guard become attracted to Esmeralda.

The production features graduating senior theatre students Danielle DeVall and Sam Shown, as Esmeralda and Archdeacon Frollo. The title role of Quasimodo will be played by junior tenor Jason Lineback. Jeremiah Dockweiler, as the Gypsy King serves as the narrator of piece. And the third member of the love trio, Captain Phoebus de Martin, will be played by community member Jared Hulme.

“This has been an immense undertaking,” Wheeler said. “There are more than 75 characters depicted on stage. The acting chorus will be constantly changing costumes as they convert from one character to the next. We are attempting to re-create the interior of the cathedral of Notre Dame, and all of the performers had to learn Latin, which is included in many of the major musical numbers in the piece. This production has everything you could ever ask for: love, hate, jealousy and revenge, all presented through a romantic story that is over 170 years old. It will indeed be breathtaking.”

The “Hunchback of Notre Dame” opens at 7 p.m., May 16 in McKenzie Theatre in Loso Hall. Performances continue on May 17 and 18, and then the following Thursday through Saturday, May 23 to 25. All performances begin at 7 p.m.

Tickets are available at the EOU theatre box office in Loso Hall, over the phone at 541-962-3757, and online at eou.edu/theatre. Tickets cost $15 for general admission and $10 for seniors, non-EOU students and active or retired military. Current EOU students get in free with a valid EOU ID.