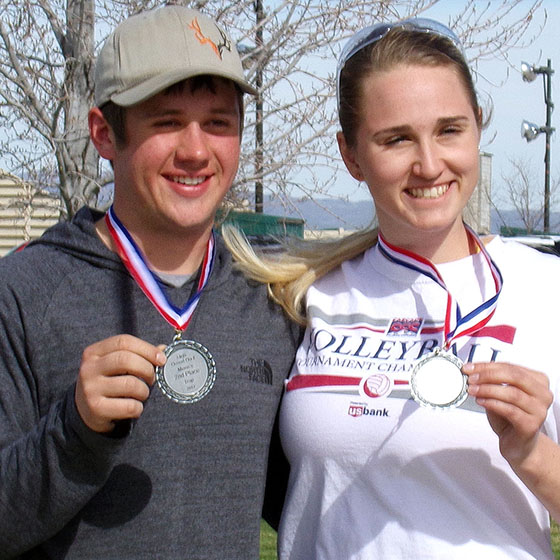 BOISE, Idaho. April 7, 2017 – April Fool’s Day is a time for playing pranks, but for five members of the Eastern Oregon University Trap Club April 1 was no joke.

Saturday’s High Desert Duel against teams from Boise State University and the University of Idaho found EOU students proving their trap shooting skills were tough to beat. After 100 rounds at the Boise Gun Club, EOU scored the highest squad average of the morning.

“I was really proud of how our team competed,” said John Shorts, club advisor. “This was our first competition and I could tell they were nervous. We had a pretty good wind coming right at us all morning, which made shooting conditions difficult, but this team showed that EOU can compete at any level of the collegiate trap shooting sport.”

EOU’s Garrett Martens, of Union, tied for the Men’s First Place Individual, hitting 95 out of 100. In the tiebreaker shoot-off, Martens challenged his opponent with a shot from the 27-yard line, and it was a shot from more than 30 yards that determined Martens would place second in the event.

The remaining scores placed EOU students Wyatt Rodin, of Madras, at 86 (fourth place), Colton Vining, of Colville, Wash., at 83 and Zeth Swanger, of Medical Lake, Wash., at 82. In the Women’s Trap Shooting Individual, EOU’s Madisen Garlie, of Challis, Idaho, placed second with a score of 84. 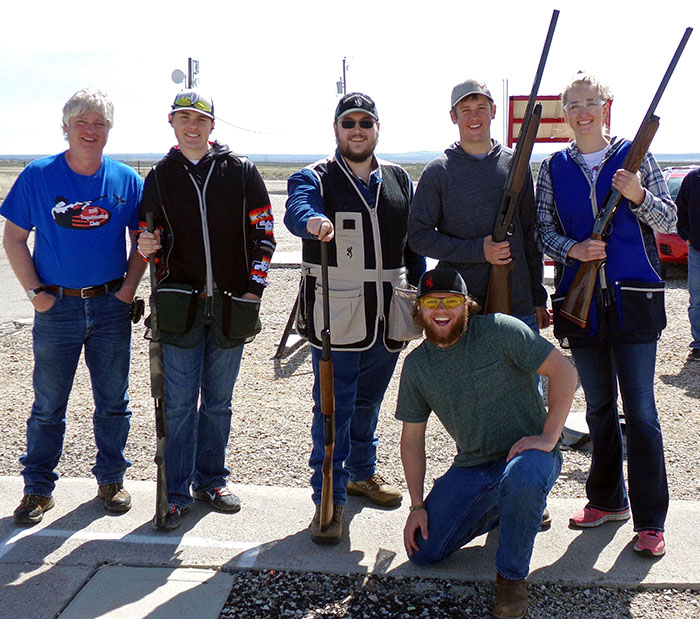 “La Grande does not have a skeet shooting range, so for three of our students, it was their first time shooting skeet,” Shorts said. “In skeet shooting, the clay birds fly side to side and there are times in the course that you must shoot at doubles,” he explained. “This event provided the team with a fun chance to test their skills and try something new.”

“Skeet shooting is intense and fast,” Garlie said of the competition. “I told our coach that we need to build a range in La Grande so that we can shoot skeet every week!”

Although most members of EOU’s team are new to skeet shooting, Vining has prior experience competing in skeet when he was in high school. He led the team and placed fourth in the Men’s Skeet Individual.

With their first competition behind them, the EOU Trap Club is already talking about their next meet and considering hosting an event in La Grande.

“Because it was spring break, we had some very talented shooters unable to participate this time,” Shorts said. “In the future, I anticipate having at least two squads travel. Shooting sports are also growing in the state high school programs and having a trap shooting team at EOU attracts these students to our university. I am excited to see this program grow.”

For more information on the EOU Trap Club, contact John Shorts at jshorts@eou.edu.