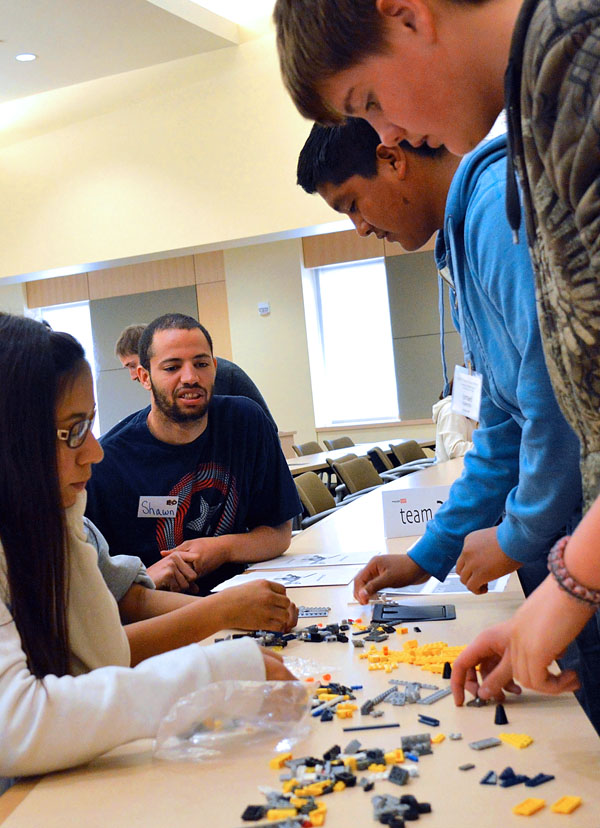 LA GRANDE, Ore. – Eastern Oregon University is tackling one of the biggest challenges in elementary and high school education: serving minority students and those from low-income families.

Ethnic-minority, language-minority and low-income-family students in elementary and high schools across eastern Oregon will get a big educational boost due to three programs just launched through the university’s College of Education.

The programs are intended to train current teachers to consider how the home life of minority students can affect classroom performance, increase the number of minority teachers, and assist students interested in careers in science and technology by engaging with area communities.

The success rate of these students lags. Only 55 percent of minority students earn a high school diploma. The overall rate isn’t much better, at 68 percent.

The statistics have prompted the state to adopt the “40-40-20” goal, calling for programs that provide for all adults by 2025 to hold a high-school diploma or equivalent, 40 percent to have a two-year degree or certificate and 40 percent to hold a bachelor’s or advanced degree.

Donald Easton-Brooks, dean of the College of Education since May 2013, is assisting EOU’s efforts. Easton-Brooks also chairs the state’s Education Equity Advisory Group and is an authority on education leadership. He recognizes that the need for improvement crosses ethnic, language and income lines.

“There is a growing Spanish-speaking population in eastern Oregon, and we want to help those students do better in school,” he said. “But we want anyone who comes through our programs to be responsive to any culture because we want all children to be successful.”

EOU was recently awarded a $198,000 state grant to develop a Center for Culturally Responsive Practices in support of this goal. The center provides training for teachers to recognize the effect home life has on student performance and adapt their approach.

“Often we’ll have a disconnect between what’s happening at home and what’s happening at school,” Easton-Brooks said. “It might happen because some parents may not initially see the valuable role they play in their student’s education. On the flip side, you have schools that are trying to get test scores up and other things, but they forget to take into account that there are various cultures in families.”

The center has scheduled expert scholars to come to La Grande to lead workshops for teachers. The first is Geneva Gay, professor of education at University of Washington, who has studied how culture, race, ethnicity, teaching and learning intersect. Her workshop will be Sept. 19-20.

Initially, the center is serving schools where minority populations are increasing in Milton-Freewater, Umatilla, Hermiston and Pendleton. Workshops will be open to those in other school districts as space allows, according to Tawnya Lubbes, center director and assistant professor of education at EOU.

“The center will have a plethora of resources that other districts could use and if they are seeking individualized training we would consider having them join us,” Lubbes said.

The workshops will also be recorded and made available to anyone. 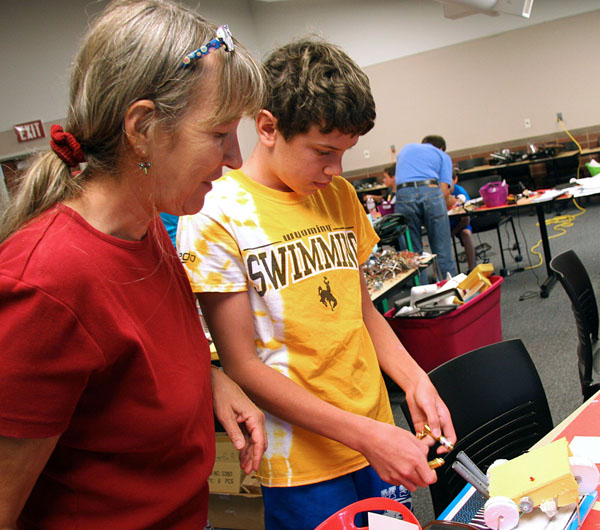 Another state grant for $178,000 is enabling EOU to create the Oregon Teacher Pathway (OTP) with plans to increase the number of minority teachers in Oregon. In its first year, the program will serve schools in Milton-Freewater, Umatilla and Pendleton districts.

Staffers will identify high school juniors and seniors interested in teaching and provide relevant college-level courses at $10 per credit, along scholarships to participate in EOU’s Summer Institute.

High school teachers, EOU professors and other education students will mentor OTP participants and as they move to college they will receive continued support and experience.

A third state grant garnered by the university brings $312,000 for the GO STEM Collaborative Center, which promotes interest in science, technology, engineering and mathematics – also known as STEM subjects.

The center is an expansion of current STEM activities in Wallowa County and Ontario schools. Other counties served are Baker, Grant, Harney, Malheur, Morrow and Union.

“We really want to connect businesses and nonprofit organizations with educators and students to find out what each needs and also what they have to offer,” said Donna Rainboth, center director and assistant professor of education at EOU.

Building partnerships with local businesses, organizations, non-profits and other groups is a big part of the process.

“These partnerships will provide students, teachers and communities with expertise in various STEM fields, financial and in-kind support, and awareness of the businesses and their STEM needs,'” said Katie Butterfield, center facilitator.

STEM isn’t just for students but for “people of all ages,” Rainboth added. “The biggest job need in our nation is STEM-related, and we aren’t producing enough students who can fill the need. That’s why we want to generate STEM interest in kids.”