Oregon Governor Kate Brown visited Eastern Oregon University on April 28 to sign the bill allocating $9 million toward building a Fieldhouse on campus. The first new, state-funded building in 30 years, this facility will provide year-round access to athletic and academic resources unlike any in the region. Construction will make use of engineered wood products, such as cross-laminated timber.

Gov. Brown also toured campus, stopping in Inlow Hall and at the Grand Staircase, where she commented on the structure’s historical significance and picturesque view of town.  Next, she purchased some new reads from the SAGE Book Sale, and spoke with student and faculty volunteers there. Finally she participated in a roundtable discussion with faculty, trustees and other leaders about EOU’s role in driving rural engagement in the region. As the discussion wrapped up, she sign the letter initiating the Urban-Rural Ambassador Program at EOU.

Through partnership Portland State University, EOU will offer this program as a two-week, six-credit residential institute to engage students in exploring urban and rural communities in Oregon.  This coming September, a cohort of more than 20 students from EOU and PSU will spend four days in La Grande studying rural issues, then four days in Portland studying urban issues. Underlying these studies is a focus on the principles and methods of collaboration. In both places, field trips will provide personal experience with local issues and culture, meetings with local leaders, and structured opportunities to connect with community members. Rural and urban students will work together to synthesize their learning and demonstrate their capacity to serve as urban-rural ambassadors who can advance collaboration in their professional and civic lives.

Oregon Solutions, a program of PSU’s National Policy Consensus Center is facilitating development of the program by helping secure contributions from public and private partners to make the program affordable to a diversity of students. The shared vision is to establish the program as a standing sought-after experience that in future years can also be available to graduate students and even community members interested in making enduring connections that bridge urban and rural Oregon.

Gov. Brown greeted the many EOU student-athletes in attendance and posed for photos with community leaders before her departure. 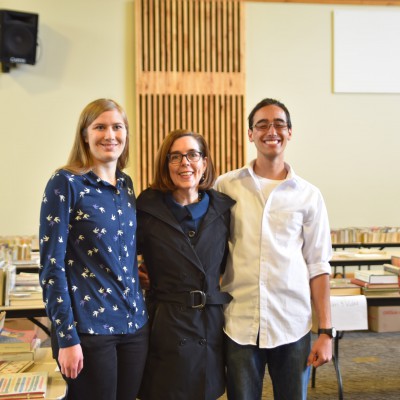 The governor visited the SAGE Book Sale — and purchased several inches of fiction and non-fiction in support of the student club. 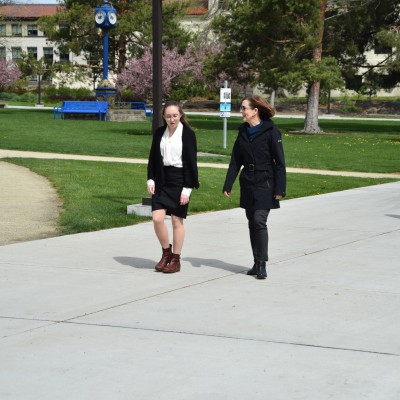 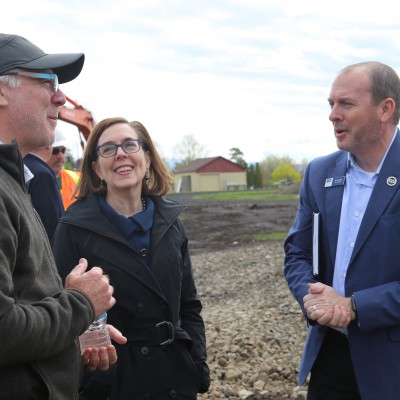 The governor visited the Stadium-Track Project construction site and saw first-hand the proposed location for the new Fieldhouse. 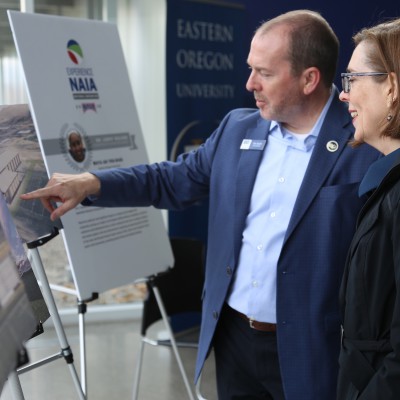 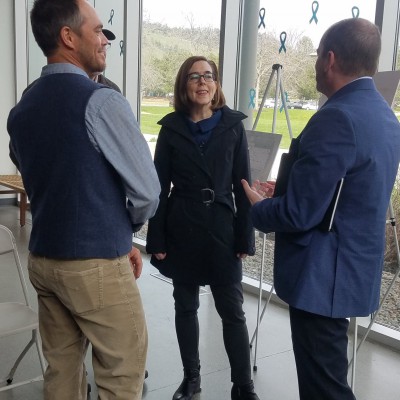 Director of EOU’s Outdoor Adventure Program Michael Hatch talked with the governor about how the Fieldhouse will allow the popular program to expand. 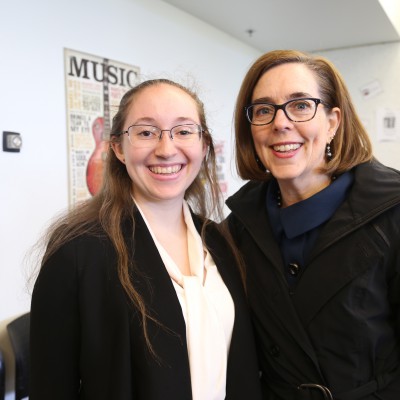 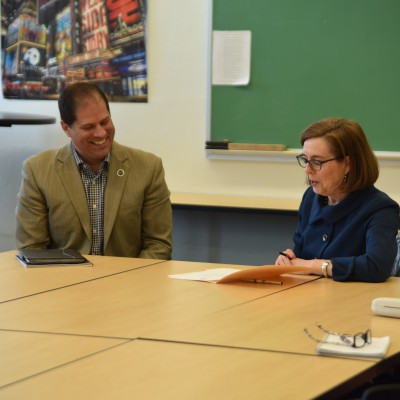 EOU President Tom Insko led a roundtable discussion about Rural Engagement and Vitality, and then the governor signed a letter initiating the Rural-Urban Ambassador program with Portland State University. 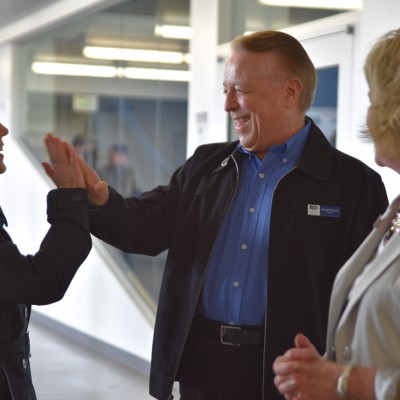 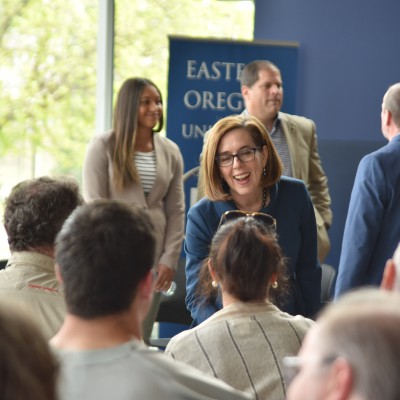 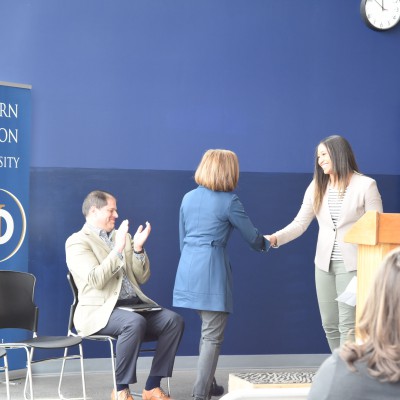 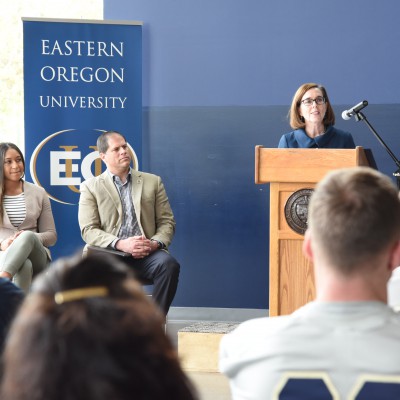 A packed house listened to the governor’s comments on her tour of the region. 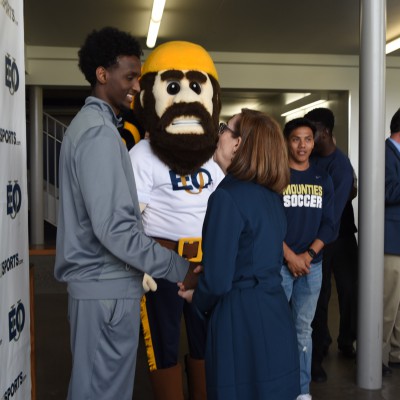 Student-athletes and Monty Mountaineer shake hands with the governor. 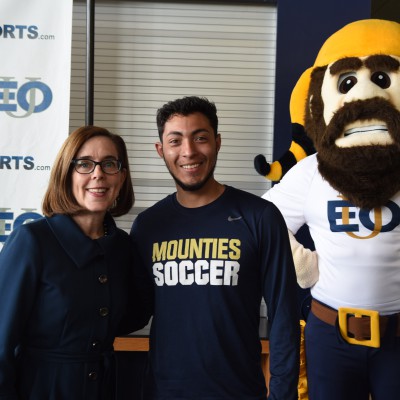 A men’s soccer player poses with the governor. 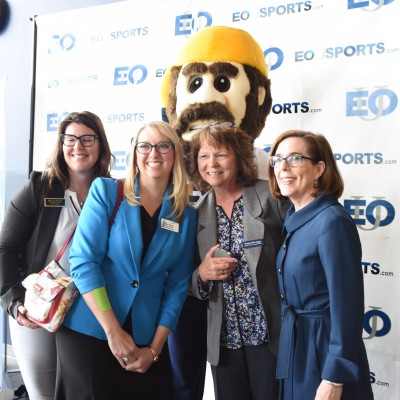 Community leaders pose with the governor and Monty Mountaineer. 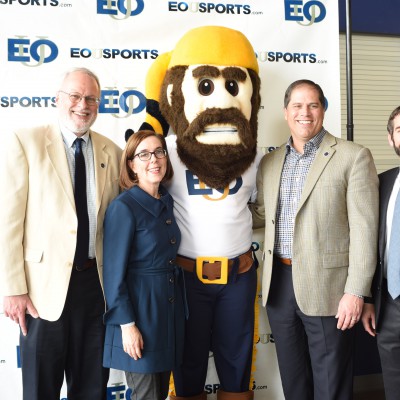 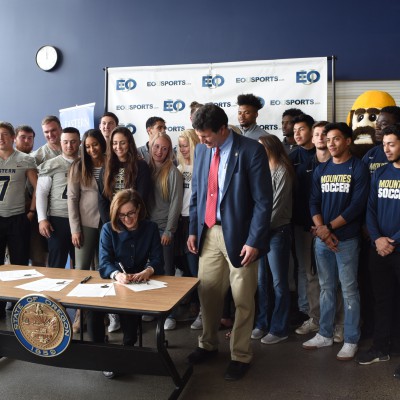 The governor signs the Fieldhouse bill allocating $9 million for the new building on campus. 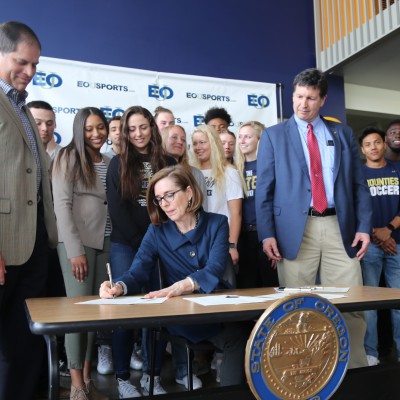 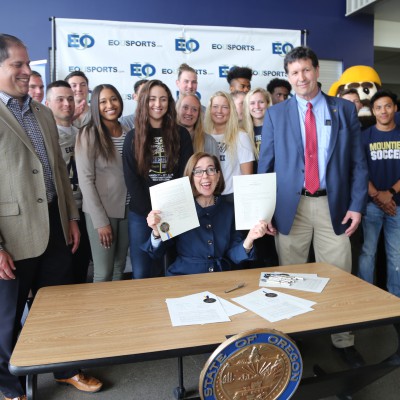