New scholarship fund benefits on campus students across all majors 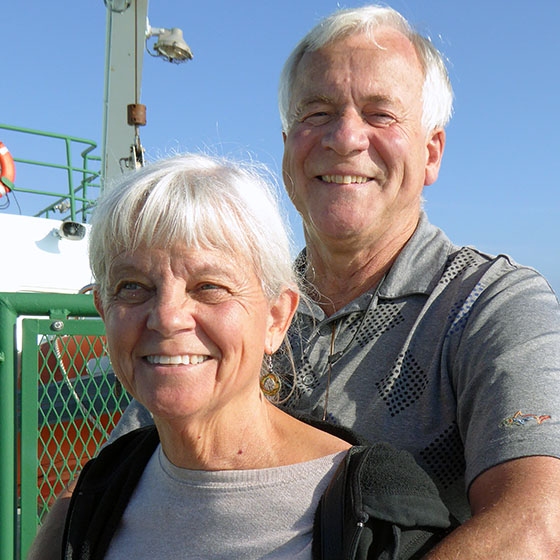 Timothy and Linda Gleeson, of La Grande, established a fund that will provide two or more students with a minimum $1,000 renewable award each year beginning in 2015-16.

“We want to make an immediate impact in the higher educational lives of students,” said the Gleesons, who created the scholarship in part due to their ongoing commitment to the university and region. “We truly love EOU and what it means to the community, and we feel that a strong on-campus student population is key to both the future of EOU and Union County.”

The Gleeson Scholarship Fund is intended to benefit students with a GPA of 3.0 or higher with demonstrated financial need. Preference will be given to incoming freshmen, but students at all levels are invited to apply. Consideration will also be given to applicants with non-academic, extra-curricular activities and experiences.

“Scholarships are a major factor allowing us to recruit and retain students on campus,” said Tom Insko, EOU president. “We are very grateful for donors like the Gleeson’s who are setting a wonderful example with their gift.”

Timothy Gleeson has had a long and active career in the local medical community. Now semi-retired from his work as an anesthesiologist, he practiced for 25 years at Grande Ronde Hospital and served in many leadership capacities.

Linda Gleeson currently works as an independent contractor in eastern Oregon and has practiced pharmacy for 36 years. Most recently she was the chief pharmacist at Yellowhawk Tribal Health Center in Pendleton.

The Gleesons are also involved in the arts and give to the Don and Lanetta Paul Music Scholarship held by the EOU Foundation. They regularly open their home to the Grande Ronde Symphony Orchestra Chamber Series and will be hosting a reception for community members interested in the future of music and arts programs at EOU.

The EOU Foundation is a vital resource for higher education in eastern Oregon and has been for over 50 years, with current assets of $13 million. Privately funded scholarships like the Gleesons’ will provide over $425,000 to students during this academic year.

For more information on the Gleeson Scholarship Fund and other awards administered by the EOU Foundation, go to www.eou.edu/foundation/scholarships.