Join EOU and participate in 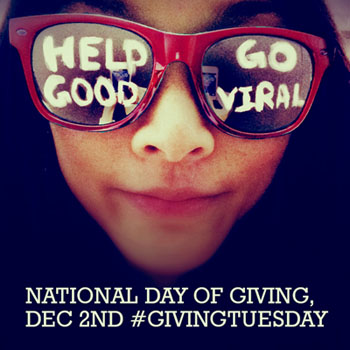 The university’s administration has partnered with the EOU Foundation’s Board of Trustees to create a fund of over $10,000 to match gifts received through December 31 as part of #GivingTuesday.

#GivingTuesday is an opportunity for charities, families, businesses, community centers and students around the world to join together for the common purpose of giving back.

Likewise, Mike Allstott, president of the EOU Foundation, has pledged an additional $5,000 to benefit other scholarships for students.

Donations to the EOU Foundation are accepted online at www.eou.edu/foundation/giving or call 541-962-3740. Learn more about #GivingTuesday at www.givingtuesday.org.