Get involved in #GivingTuesday 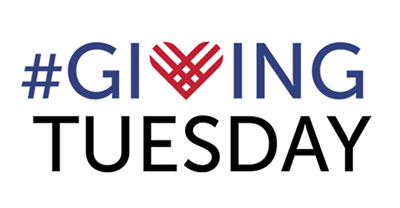 “I encourage everyone to consider a gift to the EOU Foundation as a way to make a tangible difference on this global day of generosity,” said Mike Allstott, EOU Foundation president. “Donations enable the foundation to accomplish great things, which translate directly to our students’ success.”

Allstott and his wife Bobbi are taking the opportunity to show their support by pledging to match the first $5,000 donated to the Eastern Fund on #GivingTuesday.

In addition, Jay Kenton, retired interim EOU president, and his wife Sue will match gifts up to $5,000 made to the First Citizen Award, a scholarship created to encourage American Indian students to enroll and complete a four-year degree from EOU.

In 2015, donations to the EOU Foundation received from November 1 through December 31 exceeded $125,000. These gifts support a number of areas throughout the institution and provide funds for the foundation to further its philanthropic mission in support of EOU activities.

Since its inaugural year in 2012, #GivingTuesday has become known as the kickoff to year-end giving. It is a movement that celebrates and supports giving and philanthropy, and is an opportunity for charities, families, businesses, community centers and students around the world to join together for the common purpose of giving back.

Learn how to get involved at eou.edu/foundation/giving-tuesday or call 541-962-3740. Donors are encouraged to join the online community and post on social media about their support using #EOUGivingTuesday. More at givingtuesday.org.