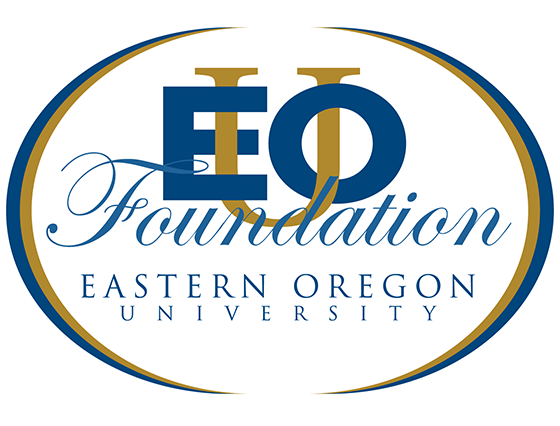 The foundation recently announced the scholarships, which are awarded to first-year students through those in graduate level programs and across disciplines.

“This is a tremendous milestone for both the foundation and the university,” said Mike Allstott, president of the EOU Foundation. “We know these resources make the difference for students achieving their dream of a college degree and are thankful to our donors, trustees and supporters who continue to invest in EOU for the future.”

The Foundation Scholarship Committee matches each scholarship recipient meticulously to criteria established by the donors. The committee is an all-volunteer group comprised of faculty, staff and foundation trustees from all academic areas.

“It’s a neat experience because you’re looking at hundreds of young people who are amazing,” he said. “It’s like, how can you go wrong with any of them?”

Nightingale, a 1974 EOU graduate, said providing as much assistance as possible to students is a goal of the foundation, even if it’s in small amounts.

“Maybe that $250 was what they needed for books,” he said. “Eastern is so good at looking at the needs of the students to try to find what they need to carry on with their education.”

In addition to helping students, foundation scholarships also help the university with retention and enrollment.

“Scholarships are a huge part of attracting students,” Nightingale said. “They keep the numbers up and the institution healthy.”

With the help of a foundation scholarship, Mizan Demissie has gotten the opportunity to expand her education through travel, this year completing a National Student Exchange Program in the U.S. Virgin Islands.

Demissie, a senior early childhood education major, hopes to do more traveling this year, thanks to the $3,000 Charles and Rhoda Chollet award she received.

“This scholarship will help me get through my last year with one less thing to worry about and hopefully even allow me to do a study abroad program to finish off my year,” she said.

Demissie plans to pursue a master’s degree and eventually work with low-income families and their preschool-age children to help prepare them for kindergarten. As a future first-generation college graduate, though, Demissie knows she’s already serving as an example and advocate for education, including to her family back home in Seattle.

“I am leading the path for my younger sibling to follow through,” she said. “I am beyond thankful to have been chosen as a recipient of this scholarship again.”

The EOU Foundation currently offers 107 scholarships that serve a broad spectrum of students across the state, nation and world. The number of scholarships available continues to grow and a lot of work goes into fundraising efforts to bring philanthropy to EOU.

Donors who are interested in setting up scholarships should contact University Advancement at 541-962-3740. The EOU Foundation awards all scholarships based on the donor criteria as stipulated in formal gift agreements.

Applications for the next foundation scholarships award cycle will open October 1 and must be fully submitted by February 1, 2017 to be considered for the following fall. Learn more at eou.edu/foundation.