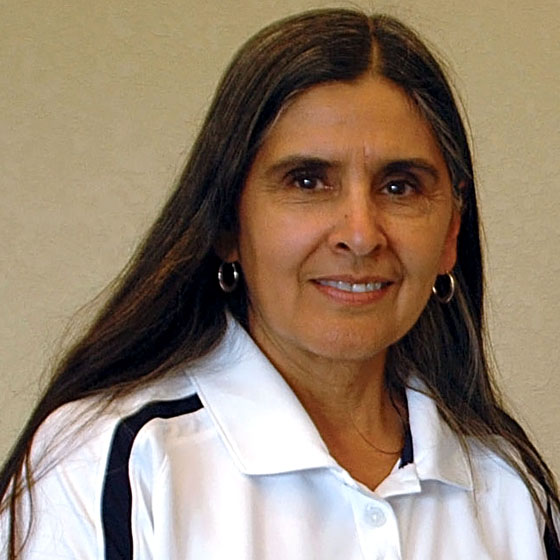 LA GRANDE, Ore. (EOU) – Monetary contributions that benefit Eastern Oregon University students through scholarships are always significant, and donations made to the First Citizens Award are particularly meaningful this year.

Jacqueline “Jackie” Leno Grant, former director of Rural and Native American Programs at EOU, passed away in April 2014 following a battle with severe acute pancreatitis. She helped establish the First Citizens Award for American Indian and Alaskan Native students and now donations are being made to the fund honoring her memory.

Jay Kenton, interim EOU president, contributed $5,000 as part of a matching gift drive the university administration and Foundation Board of Trustee’s participated in last fall.

“The First Citizens Award is a very special program in memory of a very special person,” Kenton said. “It is an honor for me to contribute to such a noble cause in Jackie’s memory.”

In addition to Grant’s long and dedicated career at EOU, she also led programs for the Oregon Indian Education Association and Oregon Indian Coalition on Post-Secondary Education. She was an enrolled member of the Confederated Tribes of Grand Ronde and played an integral part in the annual Indian Arts Festival and Powwow on campus as the advisor to Speel-Ya, the Native American Student Council.

“Jackie touched many students’ lives throughout her life and career at EOU, including mine,” said Shoshoni Walker, current coordinator of Rural and Native American Programs. “She will always continue to positively influence the lives of American Indian students through the First Citizens Award.”

The First Citizens Award encourages eligible students to enroll in and complete a four-year degree from EOU. The scholarship is renewable up to five years and has an option to increase in award amount each year the recipient maintains all eligibility requirements.

Learn more about the scholarship by contacting Walker in the Office of Rural and Native American Programs at 541-962-3588, e-mail walkerss@eou.edu or visit www.eou.edu/rnap.

To find out how to contribute to the fund, contact the EOU Foundation at 541-962-3740 or visit www.eou.edu/foundation/giving. Donations are tax-deductible and may be public or anonymous.