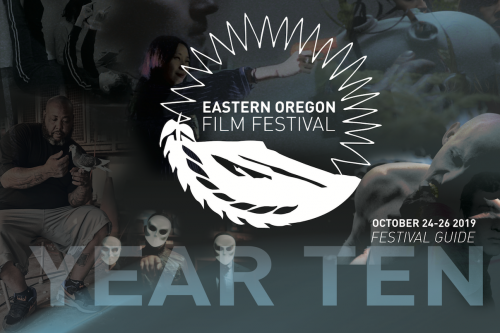 Oct. 17, 2019 LA GRANDE, Ore. –  The Eastern Oregon Film Festival celebrates its 10th year with a number of new venues, including showings at Eastern Oregon University. The festival runs Oct. 24 to 26 in La Grande.

A growing number of visiting filmmakers and audience members will watch films in intimate settings downtown at Becky’s Studio of Dance, Wine Down and Hq.

McKenzie Theatre in EOU’s Loso Hall hosts the 90-minute documentary, “I Am Human” preceded by Masami Kwai’s short film, “Tides” on Oct. 25. Doors open at 6 p.m. for refreshments in Loso Lobby, and the film starts at 7 p.m. Co-director Elena Gaby will attend the screening and answer audience questions after the film.

The festival offers free admission for current EOU students for the on-campus event. A shuttle will leave Hq (112 Depot Street) at 5:50 p.m. to take festival-goers to campus.

Festival passes are limited and can be purchased online or at Hq for $65. General admission tickets for each screening will be dependent upon availability. After-party musical performances will be held each night of the festival at Hq. For complete information on film selections, schedule and after-parties visit eofilmfest.com.

EOU sponsors the film festival, along with Oregon Film, Oregon Media Production Association and many others. EOFF has also been granted support from Oregon Community Foundation, Union County Chamber of Commerce, Union County and Union County Arts and Cultural Coalition.