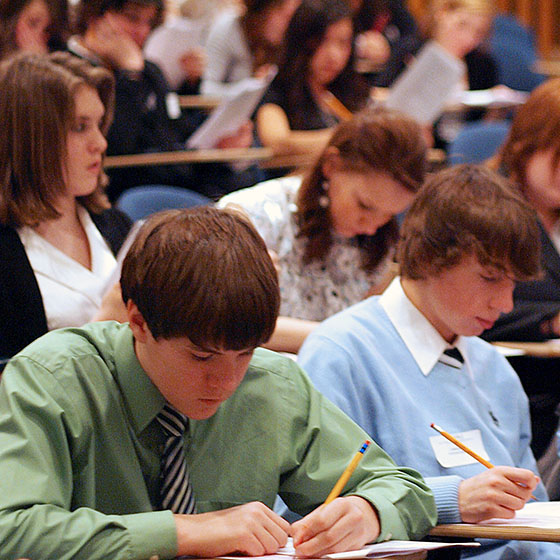 EOU file photo / More than 500 students from 14 regional high schools will be on campus for FBLA event February 2.

The competition culminates with a public awards assembly at 12:30 p.m. in McKenzie Theatre in Loso Hall, featuring a short preview performance of “The Weather Report: A Musical Forecast” opening February 3-4 at EOU. Awards will be presented at 1 p.m.

The top 10 finishers from each event compete at the state FBLA conference April 6-7 in Portland. From there, the top contestants advance to the national conference June 29-July 2 in Anaheim, Calif.