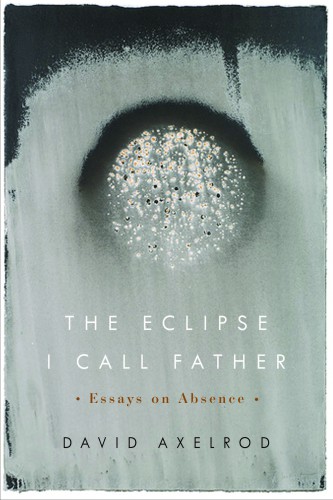 “Eclipse” is Axelrod’s second collection of nonfiction inspired largely by life in rural northeastern Oregon. His first, “Troubled Intimacies: A Life in the Interior Northwest,” appeared from OSU Press in 2005.

The essays in this collection grew from a 10-year period when the author found himself periodically living and working abroad, wondering why foreign landscapes haunted him more than the familiar landscapes of the inland Pacific Northwest he called home.

“Each place had a long history of habitation,” Axelrod said. “But at home I often felt blinded by the familiar, unable to see past the surfaces of things.”

Axelrod examines many aspects of that phenomenon in the pages of “Eclipse,” framing surface realities and trying to glimpse what is absent or changed, and how, despite its absence, “the unseen accretes to ever-greater densities and persists as something that strikes me as uncanny,” Axelrod said.

“Instead of falsely romanticizing the West’s past, Axelrod takes us on a time traveling journey exploring the legacy of how absences from the past shape our experience of place now and impresses on us the urgency of how absences today will shape a diminishing future,” one reviewer wrote.

Another called “Eclipse” a “masterful expression of the Northwest’s particular intelligence, especially its ecological consciousness, and it is a unique testimony to the Grande Ronde Valley and its surroundings. This book asks us to slow, notice, dwell, dine, care, and dream, and it does so with great style and compassion.”

Axelrod has written eight collections of poetry, most recently “The Open Hand” and “Folly,” both from Lost Horse Press. Axelrod wrote the introduction, “My Interests Are People,” for “About People: Photographs by Gert Berliner,” which appeared in summer 2018 from Arts End Books. He is the editor of “Sensational Nightingales: The Collected Poems of Walter Pavlich” and the award-winning “basalt: a journal of fine and literary arts.” In addition to these, he serves as the director of Eastern Oregon University’s low-residency MFA in Creative Writing. This spring, he joined the editorial board of Lynx House Press and is a director of the non-profit Oregon Writing Workshops.

Axelrod will read from the new book in Baker City at 5:30 p.m. on June 7 at Bella, and in La Grande at 2 p.m. on June 15 at Looking Glass Books. Both short readings will be followed by book signings, and copies will be available in both locations.