The guide measures best practices in military and veteran education and will be released in the December issue of MAE and will also be available later this week at www.mae-kmi.com.

From community colleges to state universities, online universities and nationally known centers of higher learning, the guide provides students with information about institutions that go out of their way to give back to men and women in uniform. 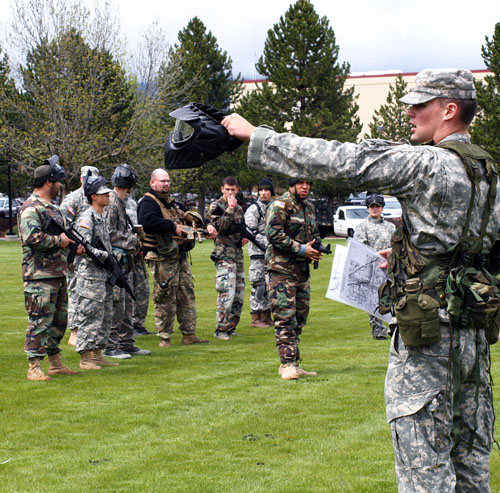 Photo by Andrew Murray / EOU’S resources for veterans, active military and families include credit for military service, scholarships and benefits for spouses and dependents.

Now in its eighth year of publishing the guide, MAE was the first publication to launch a reference tool of this type. It presents results of a questionnaire of the military-supportive policies enacted at more than 600 institutions including private, public, for-profit, not-for-profit, four-year and two-year colleges.

This year, institutions were evaluated on their military culture, financial aid, flexibility, on-campus support and online support services. Each school’s performance rating by category is represented by an easy-to-recognize dashboard. This enables prospective students to quickly target schools that follow best practices in military education and then put these in context with other academic or career considerations.

The designation from MAE follows EOU’s inclusion among the top 15 percent of institutions on the 2015 Military Friendly® Schools list published in November by Victory Media, a Service-Disabled Veteran-Owned Small Business.

EOU’s resources for veterans, active military and families include credit for military service, scholarships and benefits for spouses and dependents. Non-resident veterans may also qualify for tuition assistance through the Post-9/11 GI Bill Yellow Ribbon Program.