EOU trustee, alumni and staff represented on governor-appointed board 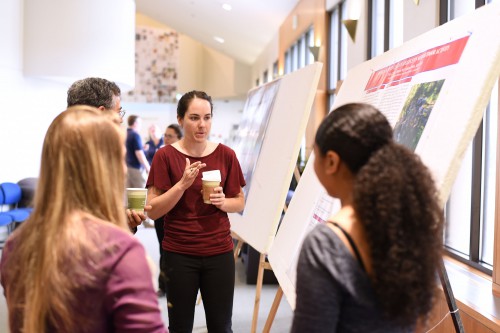 Originally published in The Malheur Enterprise (re-published with permission)

Jan. 5, 2018 VALE, ORE. — A new state board will soon get to work figuring how to make Malheur County more competitive against less-regulated businesses and developments across the river in Idaho.

Gov. Kate Brown Tuesday announced her seven appointees to Oregon Border Economic Development Board, all with deep experience in business and education. They are:

The board was the brain child of state Rep. Cliff Bentz, R-Ontario, and House Speaker Tina Kotek, D-Portland. The two persuaded the Legislature to establish the board through House Bill 2012 with the duty to examine laws and regulations that put the border region of Malheur County at a disadvantage with Idaho.

The approach is unusual because of the potential for Malheur County to be excused from certain state regulations that apply to the rest of the state. Idaho’s minimum wage is lower than Oregon’s and restrictions on real estate development are considerably lighter.

Peterson said she sees the differences every day in her work as a business lawyer. She is managing partner of Ytrurri Rose, where she has been since 2004. She grew up in Weiser.

“As a business attorney in private practice serving clients in both Oregon and Idaho, I deal almost daily with the competing economies and policies of our border situation,” Peterson wrote in her application to Brown for the appointment.
“Idaho has a lot less structure and rules, which can be flexible but also unpredictable,” Peterson told the Malheur Enterprise. “Oregon is the opposite – predictably inflexible.”

Peterson earned a bachelor’s degree from Gonzaga University and her law degree from Lewis & Clark College. She has been practicing law since 2002, but took a break to spend nearly three years as an executive with Saint Alphonsus Health System. She told the governor that she and her husband Ben, a local dentist, have been active in the Ontario community.

“We have three young children and have a vested interest in securing their future, as well as our own personal and professional futures,” Peterson wrote. “Many of our peers have fled Ontario and Malheur County and our community is poorer, financially and socially.”

Peterson hopes to use her service on the new board to arrest that.

“My goal for this board is to identify where Oregon’s rules are not one-size-fits-all and create a hardship or barriers for border communities like ours, and then to craft solutions that work better,” she told the Enterprise.