EOU Board of Trustees to vote on strategic plan, presidential contract

EOU Board of Trustees to vote on strategic plan, presidential contract 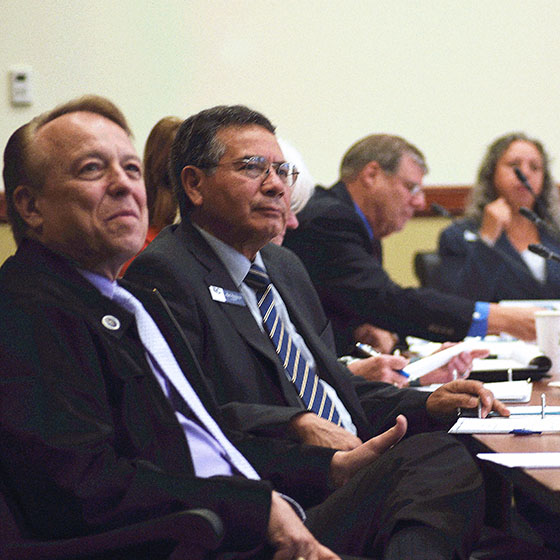 LA GRANDE, Ore. – Eastern Oregon University’s Board of Trustees will hold its next regular public meeting Wednesday, May 24. The public meeting will be conducted from 1 p.m. to 4:45 p.m. in Inlow Hall, Room 201.

The board will vote on EOU’s Strategic Plan Framework as recommended by the University Council to President Tom Insko. If approved, the plan will guide university leaders as they assess institutional performance and make key decisions between now and the centennial in 2029. Work on this comprehensive strategic planning process began in September 2016.

The board will also vote on the renewal of the university’s contract with President Insko. He was originally hired on a two-year contract, which began July 1, 2015 and expires June 30, 2017. The board will consider a five-year contract for the president.

Other proposals include changes to the academic calendar, amendments to the university’s Master Plan, and curricular changes in the Colleges of Business and Education.

In other business, Vice Provost Donald Wolff will facilitate a discussion about assessing academic quality at EOU. Trustees will discuss reports from the University Council Chair, Faculty Senate President, and Associated Students of Eastern Oregon University President.
The Trek Leadership Team will also share a final report. The meeting will wrap up with a legislative update from Tim Seydel, vice president for University Advancement.

To view meeting materials or sign up to give public comment at the meeting, go to eou.edu/governance, click “Board Meeting Schedule,” and select the May 24, 2017 meeting. A link on the same page can be used to submit written comments.
The meeting location is accessible to persons with disabilities. If special accommodations are needed, call 541-962-4101 or email emaloy@eou.edu at least 72 hours in advance.

The meeting will be streamed at livestream.com/eou/governance.