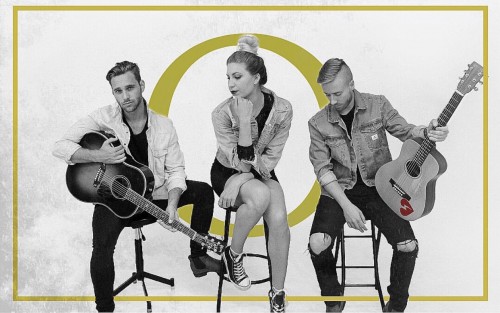 Eastern Student Entertainment coordinated to get La Grande on the band’s national tour. Comprised of two siblings and their cousin, Oferle has been together for five and a half years.

The band has opened for the Jonas Brothers, Jesse McCartney, Edwin McCain, Judah and the Lion, and Before you exit.

Students grabbed something to eat as they tapped their feet and sang along. Some even took the moment to do homework. The cashier at Mac’s Grill greeted customers with dance moves to the music.

Lead singer Annette Offerle noted how much she appreciated the crowd.

“It’s cool how everyone is hanging out and paying attention. You could have been anywhere on campus and you chose to be here,” she said.

Not only did the band play music, they also provided encouragement.

After the show KEOL Radio DJ Joel Chin expressed his enthusiasm for the band.

“It’s great to have a Nashville sound here in Oregon,” Chin said. “Their vocal harmony fits together really well. Their covers were good, but I liked to hear their originals much better.”