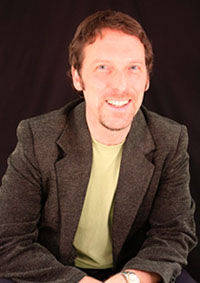 The concert begins at 7:30 p.m. in Groth Recital Hall in Loso Hall, Room 126.  It will be the first full-length faculty recital played on the seven-foot-long Mason and Hamlin Model BB piano.

Cooper, a professor of music at EOU, will perform pieces associated with the art of improvisation such as variation, fantasia and impromptu. He has been invited to present similar recitals next spring at Drake University in Des Moines, Iowa and Gustavus Adolphus College in Minnesota.

“This is the third in a series of recitals which highlights my ongoing research into classical music that was, in some cases, originally improvised,” Cooper said. “It will begin and end with extraordinary virtuoso fantasies by J.S. Bach and Claude Debussy. It will also feature rarely-heard gems by Francis Poulenc, the most widely known of the group known in France as ‘Les Six,’ and one of the most accessible composers of the 20th century; the lush lyricism of 19th-century composers Franz Schubert and Gabriel Faure; and Beethoven’s variations on a Turkish march from the Ruins of Athens, which finds him at his most genial and humorous.”

Cooper will perform two pieces by Debussy in recognition of the 150th anniversary of the birth of the French composer who was linked to the Impressionist painters.

Admission to the recital is free with donations to the EOU Foundation accepted at the door to benefit music scholarships and the purchase and restoration of music department pianos.