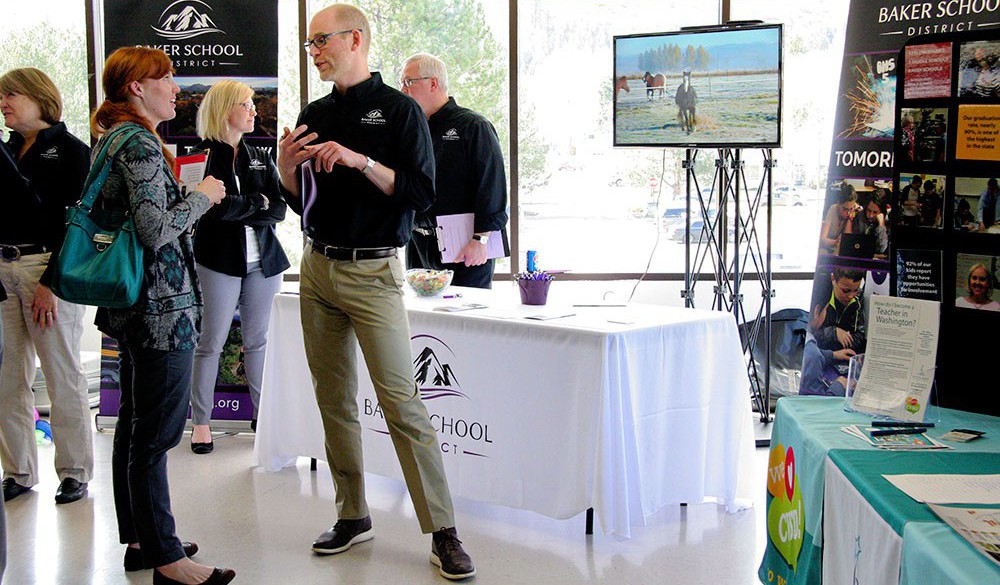 Photo by Berenice Chavez / During the table sessions, EOU students learned more about the school districts represented, including which communities might be a good fit for them.

“All of the activities are intended to give our students a leg up when they apply for a position,” said Megan Caldwell with EOU’s College of Education.

Morning panel discussions with school administrators transitioned to a fishbowl interview followed by school table displays and individual interviews in the afternoon.

For the fishbowl interview, two administrators interview an EOU student in front of the crowd of peers.

“They get to see what an interview actually looks like and afterward they’ll do a Q&A and give some feedback and tips,” Caldwell explained.

Caldwell, an EOU graduate herself, is responsible for organizing the event and has seen real employment results for students who attend. 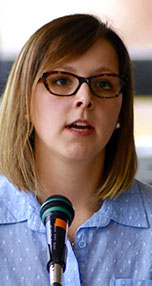 “Last year we had offers on the spot, so some of our students walked away from the day with a job,” she said. “While that’s not typical all the time, it’s great when it happens.”

Makenzie Dyer, of Dallas, Ore., participated in the fishbowl interview. She wants to teach kindergarten through third grade when she graduates from EOU this spring, and her experience at the career fair may boost her odds of finding a job in-state.

“It was so enlightening, and there were many school districts that were interested in hiring me as a result,” Dyer said. “I was very nervous before the fishbowl interview because I wasn’t sure how I would do, but once it got going things just started clicking into place. I feel a lot more prepared because I have a greater understanding about what types of questions I will be asked.”

“I also have a better understanding that the schools interviewing you really want to get to know you, so its good to honest and authentic, not just try to answer everything ‘by the textbook,’” Dyer added.

During the table sessions, students learned more about the districts represented, including which communities might be a good fit for them.

“It’s a full day of educational tools with a seminar piece and real-life experience, so at the end of the day our students gain something and the school district partners also gain something,” Caldwell said. 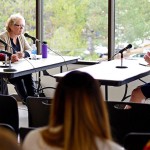 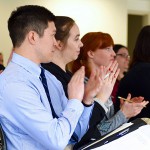 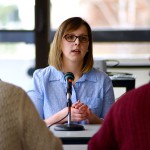 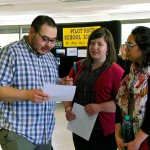 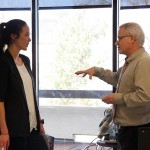