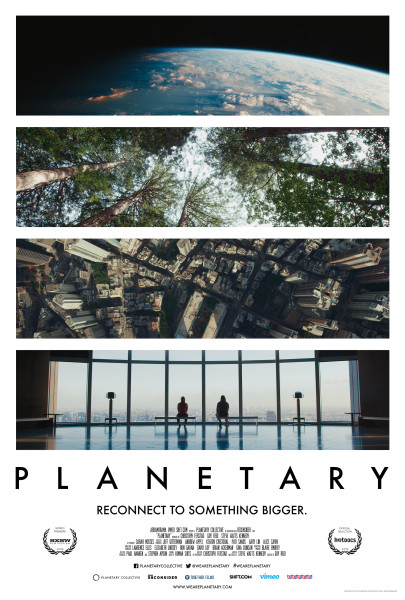 LA GRANDE, Ore. – The sixth annual Eastern Oregon Film Festival is set for Thursday through Saturday, May 7-9. Locations include EOU’s campus and downtown, with two events on Friday, May 8 in the Schwarz Theatre in Loso Hall.

Thursday’s opening night feature is Guy Reid’s documentary, “PLANETARY.” It will be preceded by Danny Madden’s “ALL YOUR FAVORITE SHOWS!” with a live Q&A with the filmmakers to follow. Additional selections include Scott Cummings’ hypnotic “BUFFALO JUGGALOS,” Sara Dosa’s “THE LAST SEASON,” a meditative look at Oregon mushroom hunters, and Alison Bagnall’s closing-night comedy “FUNNY BUNNY.”

Friday morning at EOU, a local showcase of short works from La Grande area filmmakers, including university students, is a chance to show elements completed or in post-production and discuss the process. More details on specific participants and films will be available soon.

Later in that afternoon catch a screening of “MUDBLOODS,” a film about quidditch — the fictional competition featured in the “Harry Potter” series that has been transformed into a physically demanding, real-life sport. “MUDBLOODS” follows the resilient underdogs of the UCLA Quidditch team as they make their way to the Fifth Annual Quidditch World Cup in New York City.

Other activities include a “Secret Screening” with Zach Weintraub and an “Online Showcase” at FilmmakerMagazine.com.

Events will be hosted at The Art Center, The Granada, The Liberty Theatre and Schwarz Theatre at EOU. A special Friday outdoor music event will be held in the newly-renovated parking lot at Benchwarmer’s Pub & Grill on Depot Street.

Followed by an in-person Q&A with director GUY REID

Eastern Oregon Film Festival invites its guests to head to The Art Center at the Old Library at 1006 Penn Ave. for dancing and live music by local and regional artists.

ONLINE PROGRAM
Continuing the Online Showcase, EOFF has partnered this year with Filmmaker Magazine and will migrate selections to their website. Offering a remote festival component that provides broader exposure for both filmmakers and the community, two different short/feature pairings will be available for 24-hour windows on May 8-9.

Selections for the Online Showcase include IN SEARCH OF THE MIRACULOUS, SABBATICAL and FRIENDSHIP.

FESTIVAL MUSIC
Musical guests include OLD DEATH WHISPER, HILLFOLK NOIR, YEAH GREAT FINE, HAM & CHEESE, JAMES DEAN KINDLE & THE EASTERN OREGON PLAYBOYS and HOLIDAY FRIENDS. Guest soloists include GRANDMA KELSEY and LIKE A VILLAIN. Festival after parties will take place each night of the event with soloists performing at The Art Center and before select screenings.

PROGRAM RELEASE
The complete lineup will be available online starting April 20. Special events and specific programming will be released along the way.

All events are free with festival pass but subject to available seating. Attendees are advised to arrive at each event 20 minutes before screening / start time.

For more information and the latest updates visit eofilmfest.com.