Eastern Oregon University > Press > The economics of beer in Oregon

The economics of beer in Oregon

EOU professor releases study on economics of beer in Oregon 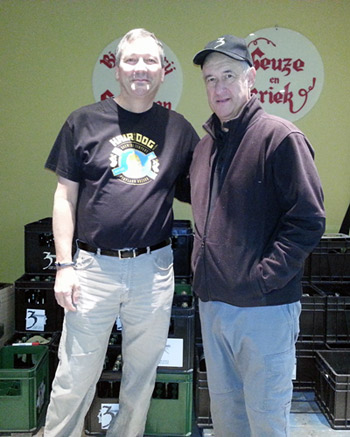 LA GRANDE, Ore. – A recent study completed by Jeff Dense, professor of political science at Eastern Oregon University, estimates the economic impact of the 2014 Oregon Brewers Festival (OBF) at $32.4 Million, a 3.8 percent increase from the 2013 OBF.

Dense and a team of students led by Evan Bryan, who is majoring in philosophy, politics and economics and public administration, conducted 759 on-site interviews July 23-26, 2014.

The 2014 OBF generated an estimated $20.9 million in direct, $6.1 million in indirect (additional input purchases made by local businesses) and $5.5 million in induced (expenditures by employees from wages paid by companies in direct contact with tourists) economic impact.

Dense believes one of the most important findings of the study is the increasingly important role women are playing in the craft beer industry. Nearly half (44.8 percent) of OBF attendees were female.

“The Oregon Brewers Festival, and craft beer tourism, continues to have a significant economic impact on the Portland economy,” Dense said.

Professor Dense teaches a variety of classes focusing on the craft beer industry, including Beer and Politics, Globalization and Beer, and Beer and Tourism. He recently returned from a Belgium-based sabbatical where he examined the political economy of beer in the European Union, including providing testimony to the European Parliament and consultation with the Brewers of Europe, the primary European craft beer trade organization.

Dense’s research on the political economy of the craft beer industry focuses on its effect on taxation, regulatory politics and economic development via the tourism sector. He has previously studied the effect of the Holiday Ale Festival and Waterfront Blues Festival, along with the Oregon Brewers Festival. Next spring he will be collaborating with the Brewers Association to examine the economic impact of the Craft Brewers Conference, the largest trade show in the craft beer industry, drawing people from all 50 states and over 30 countries.

“This research focus has provided students extensive opportunities to engage in research alongside faculty,” Dense said. “Their contribution to these projects demonstrates EOU’s commitment to student-centered learning.”

Dense recently completed a series of interviews with national media outlets touting the results of his 2014 OBF Study, and participated in an Oregonian-sponsored panel discussion on the future of the craft beer industry in Oregon. His recent interview on the nationally syndicated radio show “Beer O’Clock,” hosted by Lisa Morrison, aka the Beer Goddess, can be heard here.


Note: Player may not work on some browsers. Download the audio file here.