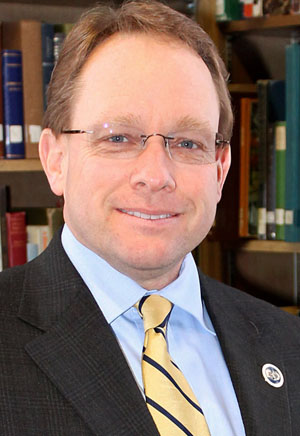 The MSU board of regents voted unanimously today to confirm Davies as the university’s 13th president. He interviewed with officials and constituency groups earlier this week.

In a message to the EOU community this morning, Davies said, “it is with deep emotion that I share news of Murray State University’s announcement of my invitation and acceptance of their offer to join MSU as president.”

“This is a big change for all of us – and it means we have a great deal of very important work to accomplish,” Davies added. “Eastern is strong, resilient and positioned for success and I will endeavor to ensure that even upon my departure, we will be ready to move forward.”

Dr. Melody Rose, interim chancellor of the Oregon University System said, “We will miss Bob’s leadership in the state, but wish him the best of luck as he moves to his next challenge. Bob has led the campus during a period of budget and governance change, and has done much to bring the campus together around improving student success and community engagement. The Chancellor’s Office will be working with the State Board of Higher Education on the process of selecting an interim president and ensuring a successful transition.”