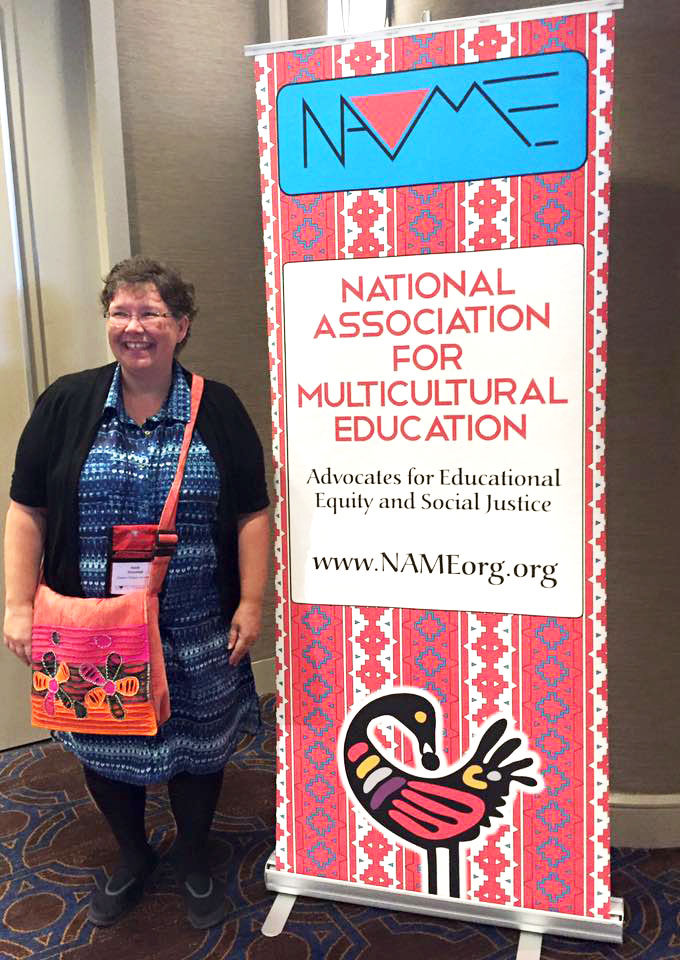 Submitted photo / Heidi Thorstad was invited to present at the National Association for Multicultural Education conference in New Orleans.

Thorstad will be recognized at 8:45 a.m. Monday, Oct. 19 in the Hoke Union Building at Eastern Oregon University.

The Center for Culturally Responsive Practices (CCRP) at EOU presents the award annually to an area teacher. Thorstad was selected because of her participation and leadership with the CCRP and Oregon Teacher Pathway (OTP) programs at the university last year.

“This is such an honor, however I have always had the intrinsic reward of being a part of this amazing group!” Thorstad said of her involvement as a lead teacher and curriculum designer in the OTP program.

Thorstad’s leadership and commitment to the newly formed program contributed to its success in the first year. She taught the high school course “EOU Introduction to Education” for future teachers, and played an integral role in creating the curriculum and providing training for her colleagues at three other partner schools.

“Heidi has been deeply committed to the work of the Center for Culturally Responsive Practices and the Oregon Teacher Pathway programs,” said Tawnya Lubbes, CCRP director. “Her leadership in culturally responsive practices has been commended by many in the region. We are pleased to recognize her outstanding work!”

Thorstad attended all of the center events during the 2014-15 academic year and encouraged colleagues to attend, even bringing groups of high school students to listen to the keynotes given by internationally acclaimed scholars. She also modeled every aspect of culturally responsive teaching and learning in her classroom, and many of her students shared testimonials about the impact of her teaching through forming positive relationships and maintaining high expectations for all students who enter her classroom.

Most recently, Thorstad attended the National Association for Multicultural Education’s annual conference in New Orleans, La., to share the work of CCRP and OTP among the best and brightest programs and scholars in multicultural education.