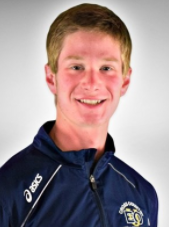 LA GRANDE, Ore. March 1, 2017 – With the 2017 season just around the corner, Eastern Oregon University’s cross country team is set to host a fundraiser this month.

Tickets are available to purchase at the door or in advance from cross country student-athletes. The cost is $3 per ticket, or $5 for two tickets.

> View the flyer for the show

Alumni of the 1980 baseball team, the winningest in school history, reunited at Homecoming.
Read more

EOU interns have interviewed over 30 individuals, whose stories will form a unique stage performance.
Read more

17 alumni of EOU's art program will exhibit work in the Nightingale Gallery during October.
Read more