Choirs of the Valley kicks off homecoming

Choirs of the Valley kicks off homecoming 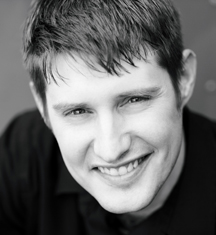 Todd Tschida, an Eastern Oregon University graduate who has been performing in numerous productions in the Portland area, will be the featured performer at the Choirs of the Valley concert at 7 p.m. Thursday, Oct. 13, at McKenzie Theatre.

Tschida graduated from EOU in 2004. He has gone on to perform on stage in the Portland area in such productions as “The Producers,’’ “Little Shop of Horrors,’’ “Les Miserables’’ and “Floyd Colins,’’ for which he won the Portland Area Musical Theater Award for Best Supporting Actor.

On Friday, Oct. 14, all EOU choir alumni are invited to a reception at 6 p.m. at the Golden Harvest restaurant, Greenwood and Jefferson streets. Food will be provided with a no-host bar. The featured entertainment will be a performance by Sam Vore and Tschida at 8 p.m.