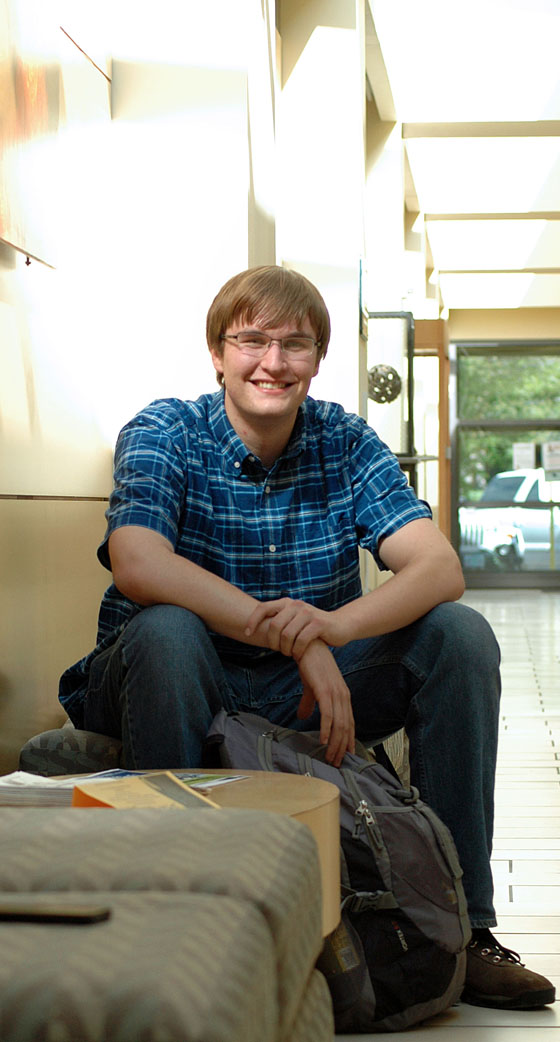 EOU junior Jeremy Bard is heading to Chemtura Corporation in Connecticut this summer where he will assist with testing kinetics of petroleum product additives. “It’s going to be a great experience in all aspects and will help me decide if I want to go into industrial chemistry,” he said.

LA GRANDE, Ore. (EOU) – Working hands-on in the lab at Eastern Oregon University is what prompted Jeremy Bard to apply for an internship at a Connecticut-based company this summer.

Bard, a junior from La Grande majoring in chemistry at EOU, is one of 29 students nationwide named 2015 SCI Scholars and placed in the program funded by the Society of Chemical Industry.

College sophomores and juniors are eligible to apply, and just 10 percent of those who do are selected for the prestigious paid summer internships. Bard received formal recognition of his award at the national meeting of the American Chemical Society in Denver, Colo., in March.

“These internships are highly competitive and awarded to outstanding chemistry or chemical engineering majors,” explained Colin Andrew, EOU professor of chemistry. “All of my colleagues can attest to Jeremy’s abilities and we are thrilled for his achievement.”

During his 10 weeks at Chemtura Corporation in Naugatuck, Bard will assist with testing kinetics of petroleum product additives and study how they break down over time. This will help broaden his knowledge beyond the academic lab setting.

“It’s going to be a great experience in all aspects and will help me decide if I want to go into industrial chemistry,” Bard said.

“Working with Professor Andrew is really what made me decide to search for another internship opportunity,” he said.

Bard leaves for Connecticut June 19 and will be living in New Haven. He is looking forward to exploring the surrounding area in his free time.

“The farthest away I’ve ever been is Denver, so it’s going to be interesting!” he said.