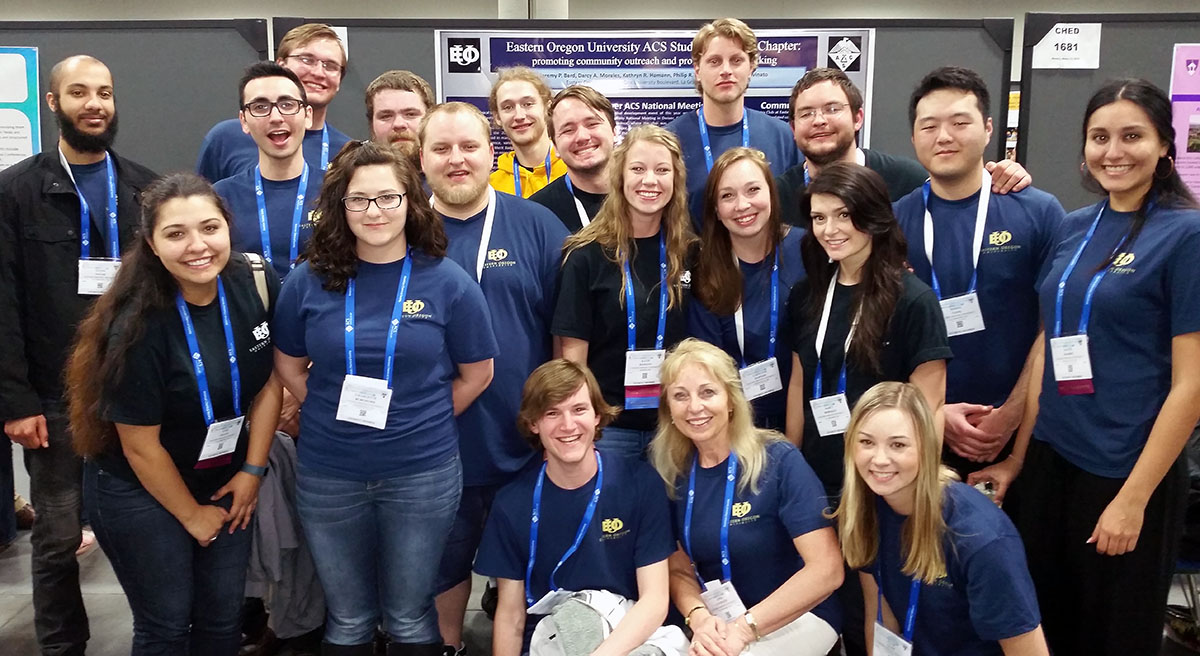 Submitted photo / Members of the EOU Chemistry Club at the national meeting of the American Chemical Society held in San Diego in March.

LA GRANDE, Ore. October 13, 2016 – For the seventh consecutive year, the American Chemical Society is recognizing Eastern Oregon University’s student chapter with the highest honor for activities during the 2015-16 academic year.

Members of EOU’s chapter will travel to San Francisco in April to receive the “Outstanding Award” at the 253rd ACS National Meeting and Exposition.

EOU’s club, along with Western Washington University’s, are the sole student chapters from the Pacific Northwest to garner outstanding distinction this year. 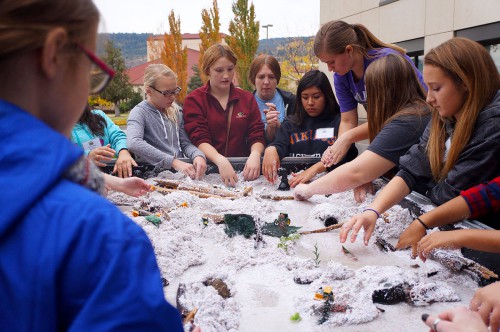 File photo / Among the Chemistry Club’s many noteworthy activities are events tailored for K-12 students. Members are currently gearing up to help out during the 15th annual Girls in Science program on campus Saturday. Oct. 22.

“This is such a great accomplishment, particularly because we are at a smaller institution,” said Anna Cavinato, EOU chemistry professor and club advisor.

“Our chapter continues to perform outstanding work and I am amazed at the level of commitment of our students,” Cavinato added. “We are also very grateful to the Richland Section of the American Chemical Society for their continued support of our community outreach events and for helping fund our trip to the national meeting.”

Among the club’s many noteworthy activities are events tailored for K-12 students. Its members also participate at the national ACS meetings where they present research posters and engage in networking opportunities.

Active involvement on campus is also taken into account, and club members are gearing up to help out during the 15th annual Girls in Science program at EOU Saturday, Oct. 22.

Geared for girls in grades six through eight, the camp is a full day of exploration in the collection and analysis of evidence related to a theme. This year’s is “Zombie Apocalypse: Isn’t actually possible, right?” Participants use chemistry, biology, math, computer technology and more to solve the mystery. The Northeast Oregon Area Health Education Center (NEOAHEC) and EOU host the event.

The success of Girls in Science is in part what led to the ACS Richland Section’s selection for a ChemLuminary Award for diversity. Presented in August, the prestigious national award is based on outreach activities to underrepresented groups in the sciences, including programs like Science Day with Native American children and Saturday Science hosted by NEOAHEC and EOU in Wallowa County this year.