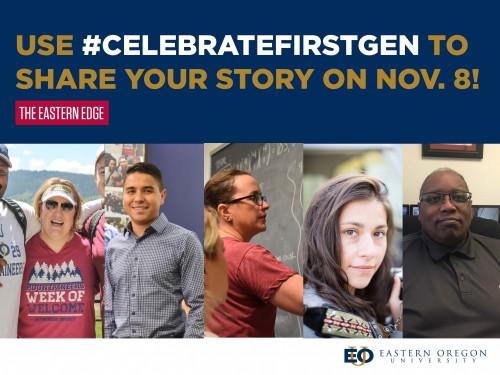 “When I had signed up for student housing, and the price was stated ‘per term,’ I thought it meant per school year. I was caught completely off guard when I received another bill for housing just a few months later,” said Yielding, a first-generation college student who now holds a doctorate and teaches at Eastern Oregon University. “Without the examples or assistance from parents, going to college can be difficult — not the academic part, but all the rest. A simple misunderstanding of what a word meant almost halted my attempt at college.”

First-generation college students encounter a variety of obstacles trying to navigate the systems of higher education. On Nov. 8, institutions across the country recognize the achievements of these special students. The celebration is particularly relevant at EOU, where the state Higher Education Coordinating Committee found it outpaced all other Oregon public universities with the highest percentage of first-generation students.

“In academia we have this second language,” she said. “It’s not easy to understand the system, and all that additional navigation can be very overwhelming.”

During the last week, TRIO distributed almost two dozen “I am first generation” buttons to employees and current students on campus. Fischer said the button campaign helps students identify role models and take pride in their identity as first-generation students.

“It makes visible what we often don’t know,” Fischer said. “It’s empowering for students to see how far other first-gens have come.”

TRIO also hosts an open house from 2 to 5 p.m., on Nov. 8, inviting members of the campus community to learn more about the services they provide. This fall, more than 160 — that’s nearly a tenth — of on-campus students are in EOU’s TRIO program, and first-generation students make up 37 percent of the total student population.

“People from all different backgrounds are in TRIO,” Fischer said.

TRIO Director Michael Williams interviews every applicant, starting with a freshman cohort of 25 that grows each term. Any student who qualifies as first-generation or low-income, as well as those who have experienced homelessness, those who have aged out of the foster care system, and those with documented disabilities are eligible to apply to TRIO.

The program’s services extend far beyond tutoring or academic help. In fact, Fischer said that many of the students she works with are excelling in classes.

“The big thing I tell people is that TRIO can look different for different people,” she said. “It really meets the needs of each individual student to ensure that they graduate from EOU.”

“Some of those obstacles for first-generation students could be navigating a complex institution, justifying the cost and time required, or having financial resources saved up,” Fischer said.

Despite it all, many first-generation students find mentors and programs like TRIO that make their journey possible. Bill Johnson, a trustee on EOU’s governing board, is a first-generation college student. He earned a Bachelor of Science in Aeronautics and Astronautics from the Massachusetts Institute of Technology, and then worked for Microsoft developing early versions of Excel.

“Growing up in Vale, Oregon, I knew a college education was the first step to achieving my dreams,” he said. “I’m so proud of every first-generation student, and of the ways EOU supports the success of these very driven people.”

Click the images below to read the stories of first-generation college students who are involved at EOU. 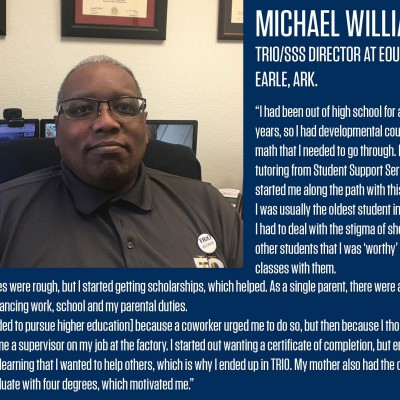 Michael Williams earned an associate degree from East Arkansas Community College in 2007, and a bachelor’s from Arkansas State University in 2009, and a master’s from ASU in 2011. He went on to earn an Ed.S. from ASU in 2013. 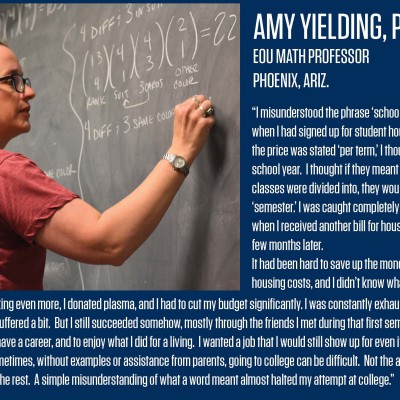 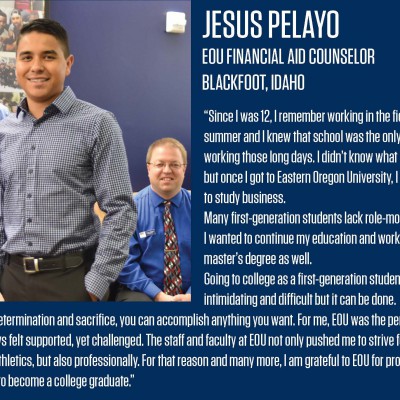 Jesus Pelayo graduated from EOU with a bachelor’s in business administration in spring 2018. 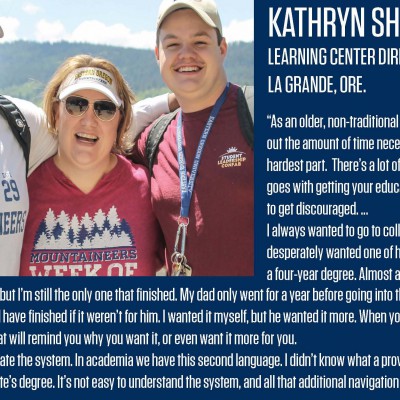 Kathryn Shorts earned her associate degree in 1994, and then transferred to Portland State University for a short time. She completed her bachelor’s at EOU in 2014. 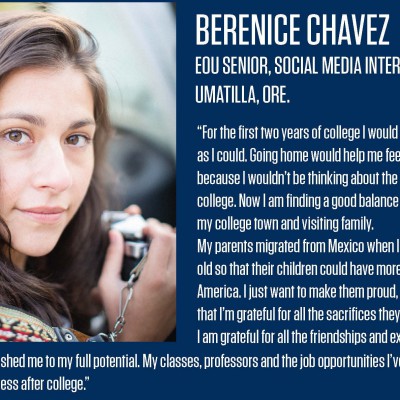 Berenice Chavez will graduate from EOU this spring with degrees in art and anthropology. 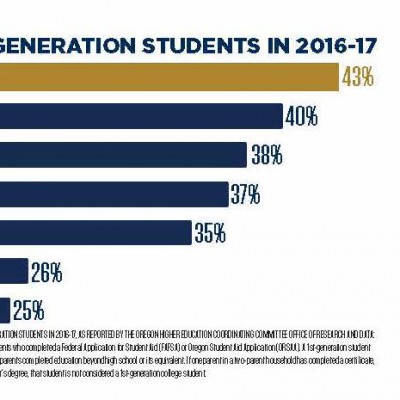