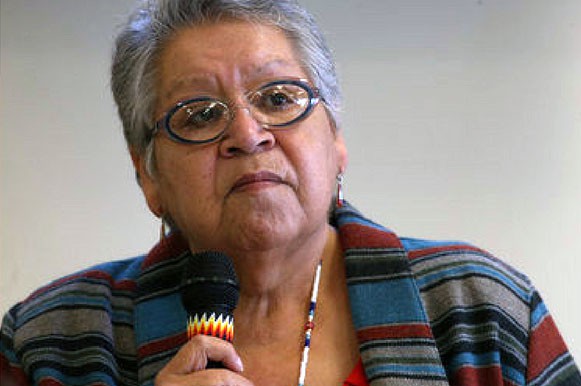 Charlotte Roderique, former chairwoman of the Burns Paiute Tribe, is giving a presentation at 6 p.m. Monday, Nov. 7 at EOU.

Roderique’s presentation on the takeover and its effect on the tribe starts at 6 p.m. Monday, Nov. 7 in the Loso Hall lobby on campus. It is free and open to the public.

On January 2, armed militants seized the refuge headquarters located in Harney County, home to the Burns Paiute Tribe. The occupation continued until February 11.

A federal jury acquitted seven defendants of the main charge following a trial that ended October 27. Of the original 26 people indicted, charges have been dropped against one, 11 others have pleaded guilty and seven are scheduled to go to trial next year.

For more information on Roderique’s presentation call the Native American Programs Office at 541-962-3588 or see the Facebook event.