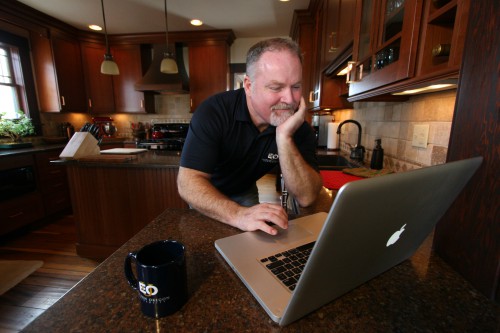 April 11, 2019 LA GRANDE, Ore. –  The Eastern Oregon University Board of Trustees spent a significant part of its regular meeting today reviewing a potential contract to provide online program management services to the institution.

A cross-campus committee of faculty, staff and an online student representative convened last fall to identify potential partners. This winter, after selecting The Learning House, the group began evaluating the potential contract and financial modeling.

Psychology professor Robert Butler participated in the committee last fall, and said he was pleased with The Learning House and its willingness to honor EOU’s culture and identity as a small, rural university. He said the committee conducted surveys for input from faculty and staff.

“There will always be groups that feel underrepresented or leery, but I feel that we did our best to gather feedback and represent a balanced group from across campus,” Butler said.

When the group transitioned in January, anthropology professor Linda Reed-Jerofke remained as a faculty representative on contract evaluation team. Reed-Jerofke said she was opposed to the offer Pearson put forward last year, but is satisfied with the proposal from The Learning House and its participation in the process.

“I feel comfortable with administration moving forward to negotiate a contract,” she said. “We need to expand our marketing and advertising, but we don’t have the funds at EOU to do it.”

The Learning House has held meetings with EOU’s operational staff members over the last couple of months, including marketing, regional centers and online programs. The current contract specifies that The Learning House will not interfere with teaching practices or curriculum, but will focus instead on online recruitment and advertising.

Trustees voted unanimously in support of empowering EOU President Tom Insko, with advising from committee chairs, to finalize the contract by the end of the month.

“While we still have work to do on the contract, I’m optimistic we can reach an agreement that is beneficial for the university,” President Insko said.

As the board looks toward setting the budget at its next meeting in May, the rising cost of Oregon’s Public Employee Retirement System (PERS) is at the forefront of ongoing challenges to keep tuition stable at schools across the state. Tim Nesbitt, interim executive director of PERS Solutions for Public Services, presented the current issues in the system and an array of proposed solutions.

Board members expressed concern about increased benefit costs leading to increased tuition, and Nesbitt emphasized his organization’s focus on identifying fair solutions that don’t over-burden students and workers. He highlighted employee cost sharing and defined contribution models that are in front of Oregon legislators now and could be on 2020 ballots.

President Insko encouraged trustees to engage in discussions around this complicated topic.

“It’s important that our trustees have an informed perspective so we can advocate for a solution as a board,” he said. “For EOU, we’re looking at a $700,000 increase in retirement costs next year, without additional support from the state. The unfunded liability of PERS locks us into cost increases we wouldn’t otherwise have to contend with.”

The board briefly relocated for a presentation from ASTEO Scholars, an EOU program funded by the National Science Foundation’s S-STEM program to provide free tuition to students pursuing degrees in Science, Technology, Engineering and Math (STEM) disciplines, including biology, chemistry-biochemistry, computer science and mathematics.

Later, one of the 170 EOU students currently participating in TRIO Student Support Services spoke to board members about the program’s impact. Fully funded by federal grants, TRIO promotes academic success among first-generation college students, low-income students, and those who’ve aged out of the foster care system, been homeless or have a disability. Dedicated staff support on-time graduation, campus involvement and academic success among these students.

Vice President for University Advancement Tim Seydel updated trustees on recent legislative happenings relevant to EOU. Seydel told the Board that although the Oregon State Legislature has reached the halfway point in the 2019 session, higher education funding is still below expectations. The public universities need an additional $120 million from the state to keep tuition increases under 5 percent. EOU continues to lead efforts for the upcoming TRU Day on May 14, when students from Oregon’s Technical and Regional Universities will come together at the capitol to advocate for legislative support.

Representatives from ASEOU, University Council and Faculty Senate reported on each group’s activities during winter term. Visit eou.edu/governance to view the full agenda and meeting materials.