LA GRANDE, Ore. April 19, 2017 – While attending the Association of Writers and Writing Programs annual conference in Washington, D.C. in February, Jodi Varon watched a tall man detach himself from the crowd of 10,000 and approach her table.

Varon, a professor of English and writing at Eastern Oregon University, was at the event representing the master’s of fine arts in creative writing program and EOU’s magazine basalt: a journal of fine and literary arts.

“You might not remember me,” the man said and then introduced himself as Mark Bender, chair of the department of East Asian Languages and Literatures at Ohio State University.

“You published a translation of mine years ago in basalt, a poem by Aku Wuwu called ‘Dragon Egg,’ and you also printed it in its original Nuosu.” 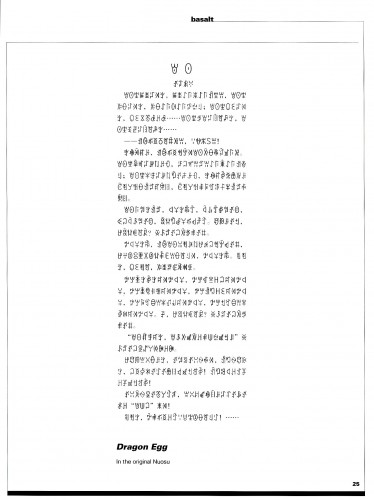 In 2007, basalt was one of the first magazines to publish a translation from Nuosu and the original script on facing pages.

Nuosu is a language of the Sino-Tibetan family and is spoken by a small subgroup of the Yi ethnic minority in China. Nuosu speakers number about 2 million and they live in the Liangshan Mountains of southern Sichuan. Theirs is one of the most rural and poorest communities in China, and their script, a syllabary formed of glyphs traditionally used in shamanism, is beautiful even to those who do not read it.

Varon remembered the work, as well as its author and translator.

“The story he then told me reminded me of why I have devoted my life to writing, editing and publishing,” she recalled.

As Bender recounted, basalt was one of the first magazines to take a chance on publishing a translation from Nuosu. The effect of publishing the actual Nuosu script on the facing page had a profound impact on the life of the writer and the Nuosu language.

Aku Wuwu’s success as a poet, promoting Nuosu and Yi culture generally, helped him to gain a position as dean of the Institute of Yi Studies at Southwest University of Nationalities in Chengdu, Sichuan Province.

“Under Aku Wuwu’s encouragement, more and more younger Nuosu poets are writing in both their own language and Standard Chinese,” Bender said.

“Given the dominance of Mandarin Chinese, members of the Yi culture must speak and write in Standard Chinese,” Varon explained. “As is often the case when a more broadly spoken language dominates a culture, the minority languages and cultures lose the foundation of their traditional reality.”

“It’s a phenomenon very much familiar to us here in eastern Oregon where indigenous languages have gone extinct, and with them, an older knowledge about this place we live now,” Varon continued. “Those languages that survive today are nevertheless endangered by the predominance of English.”

Today, Aku Wuwu’s goal is to graduate 100 Ph.D. students from the Yi ethnic group, whose language and literature are enjoying a renaissance. 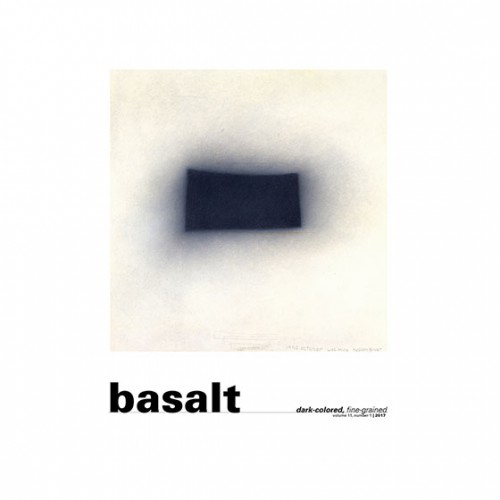 Inside the 2017 issue of basalt

“One seldom can predict what impact a publication in our little magazine can have in the world beyond eastern Oregon,” Varon reflected. “It’s humbling really, when news like this makes its circuitous way back to us. But as with all things, it’s about being in the right place at the right time and taking a risk on something the effects of which are unknown.”

Having just published the 11th volume of basalt, Varon and her fellow editor, David Axelrod, also a professor of English at EOU, are now beginning to collect work for the next issue, which they hope to publish later this year.

Anyone interested in purchasing a copy of the 2007 issue of basalt in which Aku Wuwu’s poem appeared in both English and Nuoso, can do so by contacting Axelrod via email at daxelrod@eou.edu.