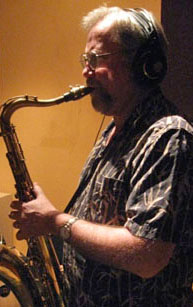 Baker, who taught at EOU from 1982-84, returns to share the stage with students and faculty performing with the Jazz and African Drumming ensembles.

Baker taught at EOU from 1982-84 and is currently the director of the Jazz Studies and Commercial Music Program at the Lamont School of Music, University of Denver, where he also directs the Lamont Jazz Orchestra. Before moving to Denver in 1993, he taught at Indiana University, Carleton College in Minnesota, and several other Oregon colleges

As part of his residency, Baker will work with EOU music students on composition, improvisation and arranging.

In addition to his educational activities, Baker is an active musician and clinician, performing with and directing the Rocky Mountain Jazz Repertoire Orchestras, as well as with his own quartet and with the free-improvisation trio “Rhythmic Void.” His clinician appearances at colleges, universities, high schools and festivals have taken him across the North American continent and to Asia.

Baker is an Origin Records recording artist and his new release “Azure Intention” was named a top 25 jazz CD of 2010 by concertlivewire.com. He holds degrees from the University of Oregon and Western Oregon University, and has also studied at Indiana University with David Baker, Dominic Spera and Eugene Robinson.