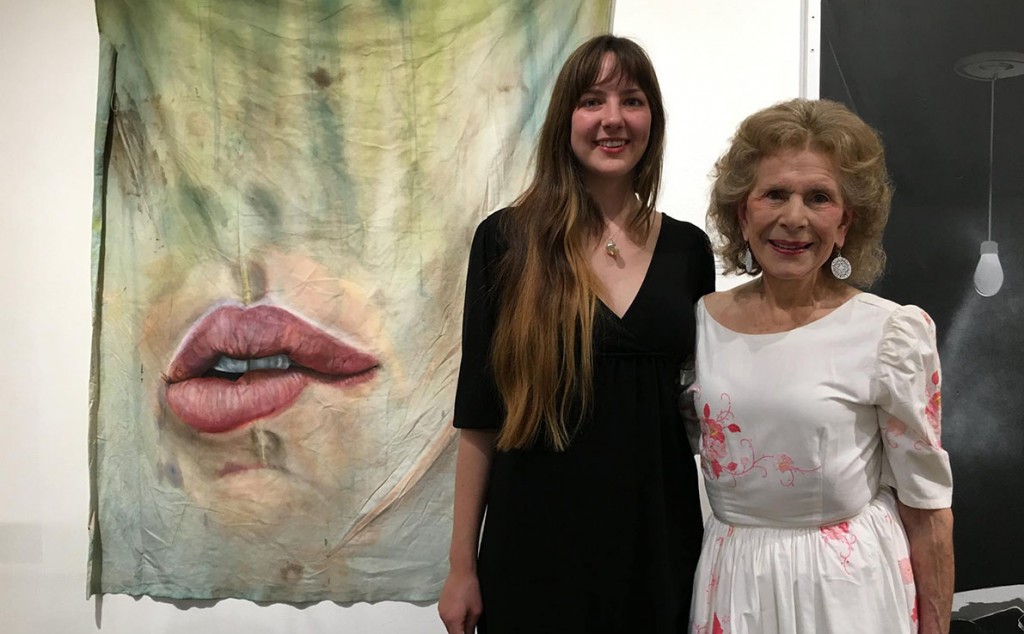 PORTLAND, Ore. July 15, 2016 – Erica Hitzman, a senior at Eastern Oregon University, is the recipient of the first annual Lawrence Duckler New Arts Award. The award is given to the artist whose work garnered the most votes from visitors to the Recent Graduates show at Blackfish Gallery.

Underwritten by the Duckler family, the award was presented by Lawrence’s widow, Selma. According to a gallery press release, Lawrence was a beloved physician, father, husband, friend and staunch supporter of the arts in Portland who believed in the importance of arts and artists in society and the impact of their imagination.

Hitzman, of Pendleton, describes her work as a combination of decadence and decay. By painting hyper-realistic images on rotting but beautiful backdrops, she endeavors to give the pieces a sense of faded beauty, commenting on fleeting youth and the unexpected splendor age can bring. Having spent years in the advertising industry, Hitzman has felt the negative effects the media can have, especially on women. Her work is her own exploration of what it feels like to be treated as an object, and the wear and tear such experiences can have on an individual.

Donni Later, of Union, is a 2016 EOU graduate who is also showing work in the Recent Graduates Exhibition, open through July 30.