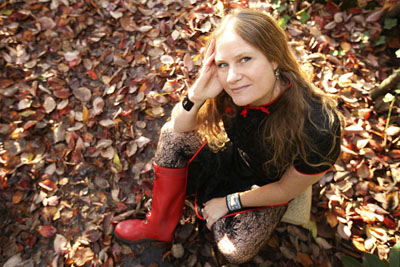 The free reading starts at 7:30 p.m. at EOU’s Pierce Library with local band Sum People also performing. A question and answer session follows and copies of the author’s books will be available to purchase.

In “Dora: A Headcase,” Yuknavitch focuses on a relationship between a contemporary Sigmund Freud and Dora, one of his patients. Yuknavitch describes Dora as a character who “loses her voice and identity and then fights to get it back” against the expectations of the world’s authorities.

“Yuknavitch nails the whip-smart angst of a teenage girl trapped in a world both familiar and unique,” reads a Publisher’s Weekly review. “Her ease with language makes her a prose stylist to envy.”

Her novel also explores modern relationships between humans and their technology in an increasingly global society and, according to Yuknavitch, how “the corporeal self has… begun to…disperse or cross breed with information systems and technology.”

In 2012 Yuknavitch won the Reader’s Choice and Pacific Northwest Booksellers Association awards for her memoir “Chronology of Water.” She has also written three collections of short fiction, one of which, “Real to Reel” was a finalist for the Oregon Book Award. “Allegories of Violence” is her book of literary criticism.

The Iowa Review, Ms. Magazine, Exquisite Corpse, Another Chicago Magazine, Fiction International, Zyzzyva and other periodicals have published her work.

> More at Hawthorne Books and www.lidiayuknavitch.net.