Their combined reading begins at 7:30 p.m. in Pierce Library at EOU and is free and open to the public. Local band Whisky Barrel Rocker will also perform.

Wrigley will share selections from his new award-winning poetry collection “The Anatomy of Melancholy,” while Barnes will read from her recent and widely praised novel “In the Kingdom of Men.”

Six-time recipient of the Pushcart Prize, Wrigley’s other honors include the Kingsley Tufts Award, The San Francisco Poetry Center Book Award, and fellowships from the John Simon Guggenheim Memorial Foundation and the National Endowment for the Arts.

Eight published books include “Lives of the Animals” and his work has appeared in Poetry Magazine, The Atlantic, Barrow Street, The New Yorker and Best American Poetry.

Barnes’ novel “In the Kingdom of Men” was named a best book of 2012. Set in the 1960s, it is the story of a young woman who follows her husband to Saudi Arabia. 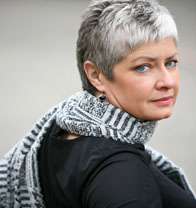 Barnes’ first memoir “In the Wilderness: Coming to Age In An Unknown Country” was nominated for the Pulitzer Prize and received the PEN/Jerand Fund Award. Her novel “A Country Called Home” was named a best book of 2008 by numerous publications.

Barnes is also a recipient of the Pushcart Prize, among other honors. She has authored one other novel and memoir, written multiple essays and is co-editor of two anthologies of women-writers’ work. Topics of exploration include the American West, religious fundamentalism, women’s issues, logging and the environment.

Wrigley and Barns are English faculty at the University Idaho where they teach creative writing and work in the master of fine arts program.

A question and answer session with the authors will follow the reading and copies of their books will be available to purchase.