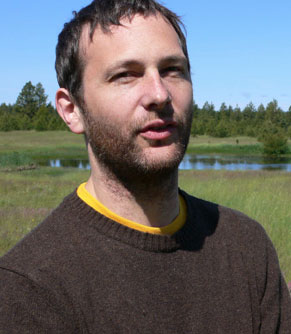 The event will be held on campus in the Pierce Library reference room at 7:30 p.m. with music from Driftglass also featured. It is free and open to all students, staff and the public.

A question and answer session with Raymond will follow, and his books will be available to purchase.

In “Rain Dragon,” disillusioned couple Damon and Amy leave the big city to work on a small Oregon community farm. However, they are soon confronted with seemingly insurmountable conflict exploring “the tension between optimism and delusion.”

Raymond describes his latest novel as “a history of place that all characters participate in. [It is] the intersection of personal vision and personal blindness with the physical and emotional contingencies of place.”

His other works include “The Half-Life: A Novel” and “Livability,” a collection of short stories which garnered him the Ken Keasey Award in fiction.

Raymond has also written several screenplays including an adaptation of the James M. Cain novel “Mildred Pierce,” a mini-series for which he won a Primetime Emmy Award, and the film “Meeks Cutoff.” In addition, he has collaborated on two adaptations of his stories from “Livability:” “Wendy and Lucy” and “Old Joy.”

He is currently an editor at Plazm magazine and lives with his family in Portland. His work has appeared in Bookforum, Artforum, Tin House, The Village Voice and other publications.