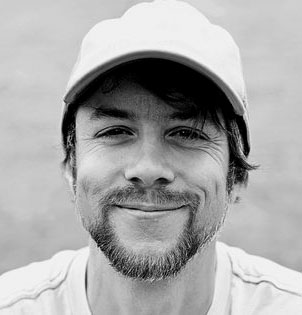 LA GRANDE, Ore. (EOU) – The Ars Poetica Lecture Series is hosting author Justin Hocking for the final reading of the academic year, May 1. The reading will take place in Pierce Library’s reference room on the Eastern Oregon University campus at 7:30 p.m.

Hocking will read from his widely acclaimed new book “The Great Floodgates of the Wonderworld” (Graywolf). The event is free and open to the public. A question and answer session and book signing will immediately follow.

A native westerner, Hocking earned a master of fine arts in creative writing from Colorado State and worked in the New York publishing industry before moving to Portland.

He has written numerous zines and 13 books including “Beach 90th.” He has also been the editor of “Life and Limb: Skateboarders Write from the Deep End.”

His work has appeared in “The Rumpus,” “Thrasher,” “Open City,” “The Portland Noir,” “Concrete Wave,” “The Normal School” and other publications.

Hocking is now the executive director of the Independent Publishing Resource Center (IPRC), a do-it-yourself publishing community in Portland, the “epicenter of the DIY publishing industry.”

He is also a member of EOU’s low residency master of fine arts in creative writing program, teaching non-fiction and directing the new Wilderness Writing Institute.

“The Great Floodgates of the Underworld” chronicles Hocking’s time living and working in New York City. It focuses on the intersection of his two Brooklyn obsessions: surfing at Rockaway Beach and Herman Melville’s novel “Moby Dick.”

“There’s something that happens between people who surf together,” Hocking writes, “This alchemical bonding process that comes from partaking in intense physical activity, from looking after one another out on the sea, and watching [each other] float by on a plunging wave.”

The New York Times wrote of his most recent work, “The truth is that while the surf may often be mediocre or worse in New York, the essential pagan joy of surfing can be had in the bare minimum, hence the sport’s booming popularity. Knowing how to skateboard helped Hocking, as did a tendency to focus intensely on whatever captured his interest; in surfing, even mere competence requires full, sustained immersion.”

A recent review in the New Yorker calls the book, “An appealing memoir…the passages about surfing and the relationships it fosters are filled with excitement and tenderness. It’s hard not to cheer for [Justin Hocking].”

For more information about Ars Poetica or the possibility of studying with Hocking for EOU’s low residency MFA, contact David Axelrod at 541-962-3633.