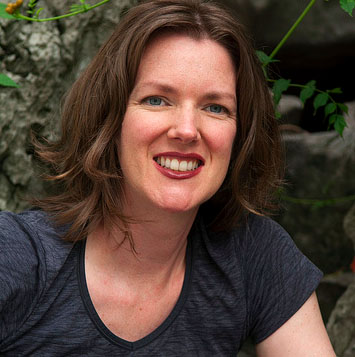 Boyden’s free reading in celebration of National Poetry Month begins at 7:30 p.m. in the Pierce Library reference room and includes live music by members of the group 45th Parallel.

A question and answer session will immediately follow and copies of her works will be available to purchase.

During her brief residency at EOU, Boyden and her husband, visual artist Ian Boyden, are collaborating on a fine art broadside that will be printed on the “basalt” letterpress. Broadsides will also be available to purchase after the reading.

“The Declarable Future” garnered Boyden the 2013 Four Lakes Prize in Poetry and explores the post-911 world plagued by confusion and indifference toward the human condition and disregard for the natural world. 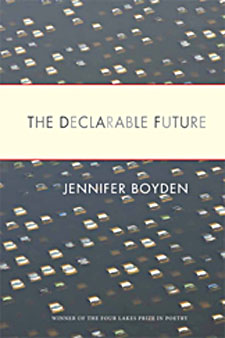 In a review of the collection Eleanor Wilner, of Warren Wilson College, writes “…I was utterly captivated by the power of Jennifer Boyden’s parallel world—a timely, disquieting parable for the broken one in which we live. Her colloquial language is lucid, metaphorically inventive, constantly surprising—a rare blend of the piquant and the quietly tragic.”

Boyden’s first collection of poetry, “The Mouths of Grazing Things,” also won praise with the Brittingham Prize in 2010.

Other awards include the PEN Northwest Wilderness Writing Residency and a Washington Artists’ Trust grant for her suite of essays about walking, how environment shapes movement and idea, and observations about how personal and public identities are affected by corporate influence and the removal of nature.

Her work has been featured in multiple publications including “The Adirondack Review,” “The Beloit Poetry Review,” “basalt” and “Ploughshares.”

Boyden lives in Tiger Canyon, Ore., with her husband and daughter. She holds a bachelor of arts from Creighton University and a master of fine arts with distinction from Eastern Washington University.

The reading is made possible by the Ars Poetica Lecture Series at EOU.