Speel-Ya includes the Native American Student Council and is the main sponsor and organizer of the pow wow.

Between three ceremonial entrances, craft vendors from four states and a traditional Friendship Feast featuring bison and salmon, about 1,000 visitors enjoyed the celebration. Drum circles and dance competitions included tribal members from across the region.

Four Speel-Ya club members graduate this year, and each was sent off with a special dance and Pendleton wool blanket.

Speel-Ya Club President Rebecca Lord and her daughter, club treasurer Callie Norman, were among them. Lord, who will graduate with a major in Anthropology/Sociology and minors in Native American Studies and history, said it was especially wonderful to share the experience with her daughter.

“What I found so wonderful about this year’s pow wow was the diversity within the Speel-Ya Club,” Lord said. “This year we had men and women, Native and non-Native students and traditional and non-traditional students. It was wonderful to have so much diversity in our ranks. It felt as though this was mirrored in the pow wow itself, where we had Pacific Islander dancers and two young women from the local dance studio also performed.”

Speel-Ya is one of the oldest Native American clubs in Oregon and Lord said it embraces a wide range of genders, ages and ethnicities.

“The tradition and pageantry are irreplaceable as reminders of the long and colorful relationship EOU has with the Native people in our area and beyond,” she said. 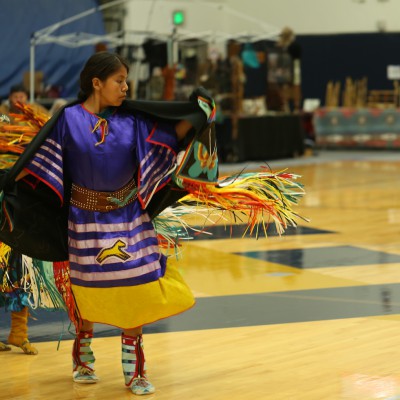 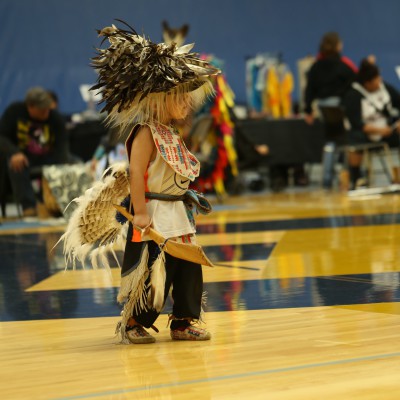 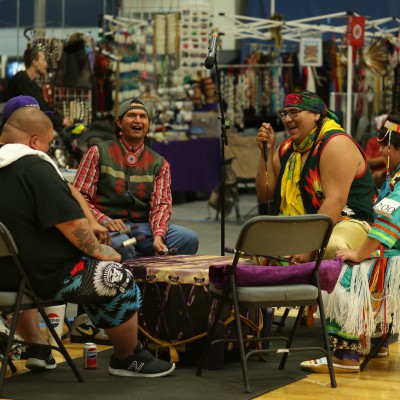 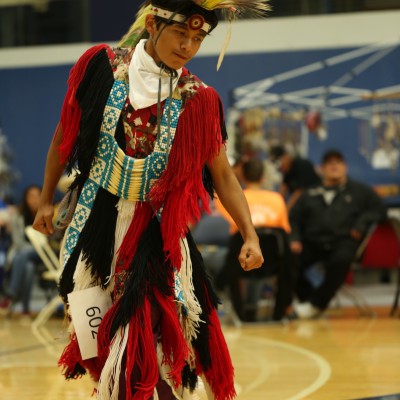 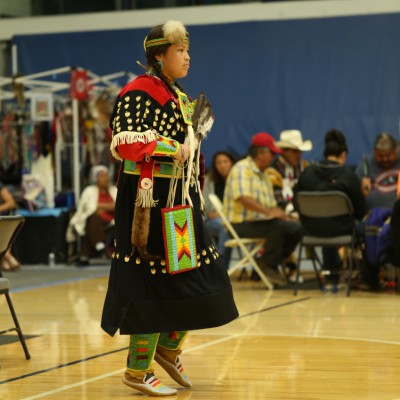 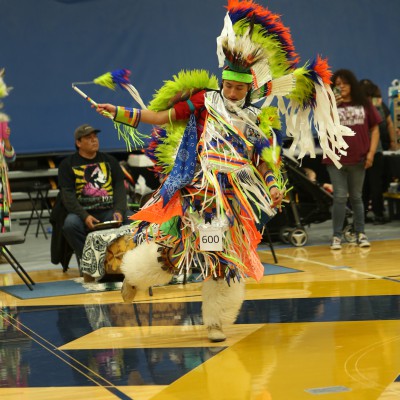