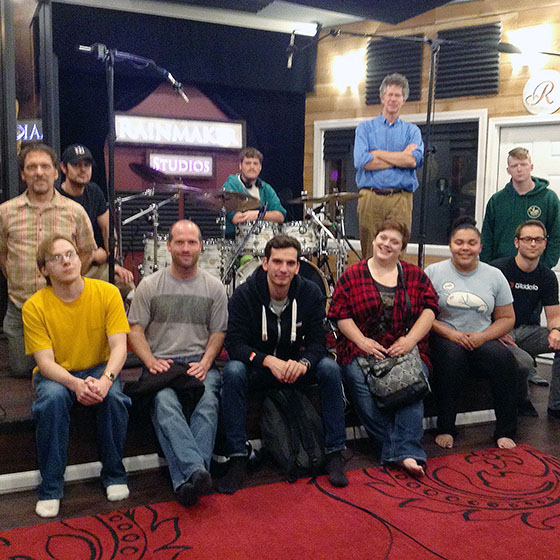 The unique group is celebrating the completion of its second year at EOU and features four vocalists, three horns, vibraphone and full rhythm section. Their repertoire includes a variety of music from the American vernacular including soul, funk, jazz, Latin, R and B, pop, rock and student originals.

Ensemble members received coaching in these works from visiting artists Rob Scheps, of Cold Spring, New York, Dmitri Matheny, of Olympia, Wash., and Kathy Kosins, of Detroit, Mich., during the past several months. The group also recently had the opportunity to record four of the performance selections at Rainmaker Studios in West Pasco, Wash.

Admission to the concert is free with donations accepted to benefit the music program or music scholarships at EOU. For more information call 541-962-3559.

High school students spent a week learning what it would be like to become teachers.
Read more

Mine Safety program re-energized at EOU

The Oregon Mine Safety and Health Training Program at EOU has a new instructor through the College of Business.
Read more