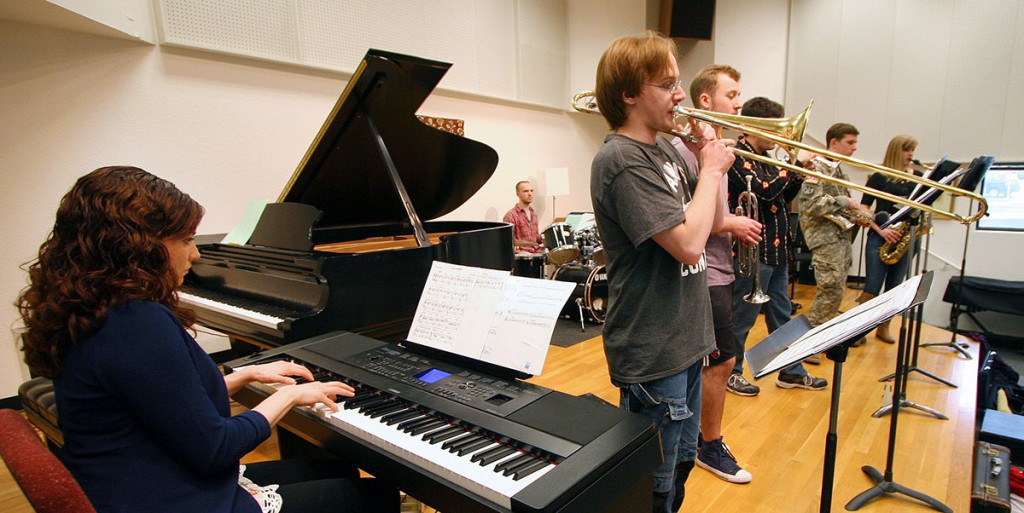 “This concert features a budding singer/songwriter, a prizewinning fiddler, and a band of six horns and four rhythm players — almost the size of a ‘little big band,’” Cooper said. “Featured also are arrangements custom-crafted for the band by faculty composer John McKinnon, and a transcription of a delightful but rarely heard gem from the 1950s Sun Ra band.”

Cooper said standards like “In the Mood” and “All of Me,” will be sung by both male and female vocalists. He added that highly anticipated student solos on saxophone, brass, piano, guitar and percussion guarantee a variety of musical offerings. An original piece by EOU sophomore and vocalist Anita Harris will round out the program.

Admission is free with donations accepted to benefit EOU music scholarships. Doors open at 7 p.m. with seating available on a first-come, first-served basis.

« EOU Board of Trustees to vote on strategic plan, presidential contract | EOU online fire services program ranked among best in 2017 »