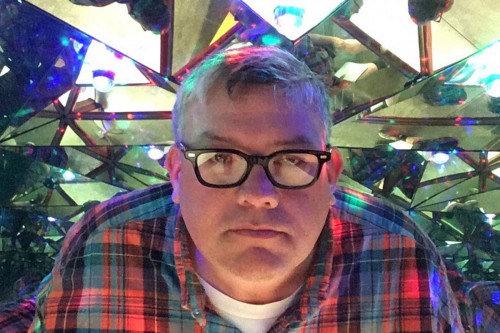 The gala begins at 7 p.m. in the Alumni Room, Ackerman 208, and is free and open to all. Student authors and poets published in the issue will share some of that work at the event.

“Oregon East has been published continuously on the EOU campus since 1977, but was preceded by other student publications: The Middle R, The Oregon Collegiate Review, and Underpass,” said EOU English professor David Axelrod. “Together, they provide an unbroken history of the interests, ideas and talents of EOU’s students dating back to 1950.”

He said the entire run is collected and available in the EOU library.

The current issue is the final issue overseen by Jodi Varon, who retired in June 2018 and served as Oregon East faculty advisor since 1988. The new issue features an anthology of student work she and her colleagues shepherded into print during her 30-year tenure at EOU.

Special guest Ed Skoog, earned an MFA from the University of Montana and now lives in Portland. His collections of poetry include the chapbooks “Toolkit” and “Field Recording,” as well as full-length volumes “Mister Skylight” and “Rough Day.” His most recent collection, “Run the Red Lights,” was a finalist for the 2017 Oregon Book Award in poetry.

The Harvard Review compared Skoog’s work to that of Wallace Stevens and the New York School poets, noting his “verbal montages.” Reviewer Henry Hughes added, “readers must surrender their demands for whole meaning in the narrative sense to enjoy the verbal play — the sounds, phrases, and crazy connections that suggest new ways of reading the world.”

Skoog has taught at the Idyllwild Arts Foundation, the New Orleans Center for Creative Arts, and Tulane University. He has been the Jenny McKean Moore Writer in Washington at George Washington University and writer-in-residence at the Richard Hugo House, and held the prestigious Hugo Chair at the University of Montana.

Students can pick up their free copies of “Oregon East” at the gala with a student ID. Non-students can purchase copies for $5.